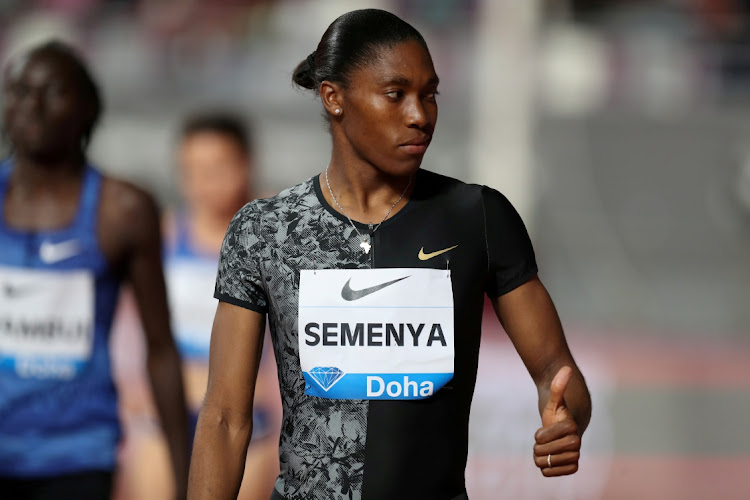 World Athletics is imposing a kind of apartheid on women with intersex variations by requiring them to reduce high testosterone levels with medication to participate in the female category, a Cameroon minister-counsellor said.

World Athletics said the comments by Come Damien Georges Awoumou, minister-counsellor at the Cameroon mission to the United Nations, showed a “complete lack of understanding” of their female eligibility regulations and the “need to protect” the category.

Awoumou was speaking on behalf of the African group of countries at a special debate on sports and human rights held at the UN Human Rights Council in Geneva.

“We are witnessing a situation where the IAAF (World Athletics) through these regulations is using sports to discriminate against women with intersex variations and to reinforce harmful gender stereotypes,” Awoumou said.

“The majority of athletes affected by the regulations are from the global south and for Africa these regulations remind us of the difficult and dark past of racial segregation,” he said.

“Segregating women on the basis of intersex variations has the same effect as apartheid, one of the international crimes against humanity.”

World Athletics rules for female classification require athletes with a “difference of sexual development,” or sexual anatomy that doesn't fit binary female or male boxes, to reduce their levels of testosterone, a hormone that increases muscle mass, strength and hemoglobin, which affects endurance.

The regulations apply to running events from 400 metres to the mile.

Last week, Namibian athletes Christine Mboma and Beatrice Masilingi were withdrawn from the 400m event at the Olympic Games after tests revealed their natural testosterone levels were too high.

Right or wrong, trans Olympian’s inclusion must be treated with respect

The eligibility regulations have also prevented South African Caster Semenya, Francine Niyonsaba from Burundi and Kenya's Margaret Wambui from competing after they refused to lower their testosterone levels with medication.

“The existence of any female category is by nature discriminatory which is necessary in order for women to have a category in which they can shine and succeed. Without protecting this category women and girls would never win an event,” it said in a statement.

Hubbard has been eligible to compete at the Olympics since 2015, when the International Olympic Committee (IOC) issued guidelines allowing any ...
Sport
1 year ago

“The Court of Arbitration for Sport and the Swiss Federal Tribunal both understood this principle when they ruled in favour of our regulations, agreeing that such discrimination is lawful if it is a necessary, reasonable and proportionate means of attaining a legitimate objective, namely preserving fair and meaningful competition in the female category.”