SA squad made up of upcoming players 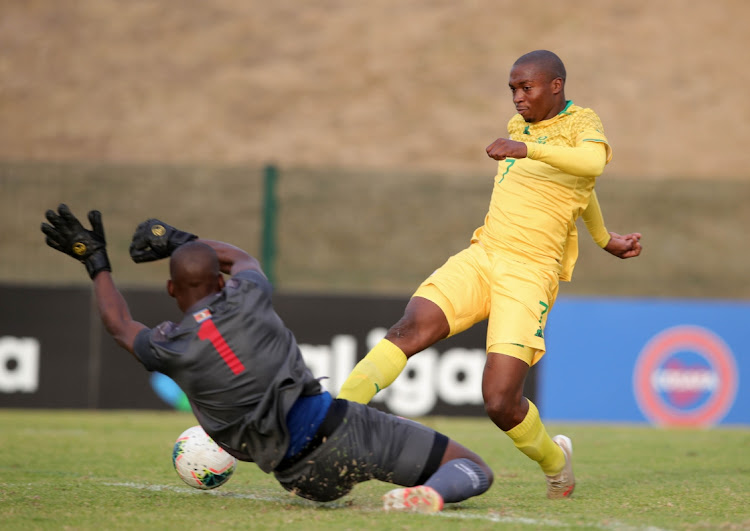 Bafana Bafana utility midfielder Lebohang Maboe is confident SA will win the Cosafa Cup, which is under way in Gqeberha, Eastern Cape, despite using an understrength team.

After narrowly beating Botswana and Eswatini in their first two Groups A games last week, Bafana will be eager to seal qualification for the next round when they face Lesotho at Nelson Mandela Bay Stadium tomorrow (3pm).

Eswatini and SA are top of Group A with six points apiece, with Eswatini boasting a better goal difference, but having played three games so far against SA's two.

The win put’s Bafana on top of Group A with a full haul of six points from their two games.
Sport
3 months ago

However, Maboe, who is one of the few experienced players in Bafana's squad, doesn’t see any problem with the squad, saying they have what it takes to clinch the Cosafa Cup.

“We’ve got a very good team made up of young players. We are hungry and most of us still want to make a mark in our careers. We have shown in our two games that we really mean business.”

Maboe was called up late after a number of players withdrew due to Covid-19. The Mamelodi Sundowns star is eager to impart his experience to the youngsters who are in the senior national team's camp for the first time.

Bafana labour to win against 10-man Eswatini at Cosafa Cup

Again it was not pretty or convincing, but again the result counted as the developmental Bafana Bafana at the Cosafa Cup registered their second ...
Sport
3 months ago

“For any young player growing up, it’s a dream to play for the national team. I am looking forward to add my 2c worth of experience to help the team lift the trophy. My role is also to guide those who are here for the first time,” noted the 26-year-old.

“The most important thing is to express yourself, play with no fear. It’s a great experience being in the national team. For some of these upcoming players this is a chance to express themselves. They must use this chance to give the coaches a [selection] headache going forward.”