Most of the Bok squad cleared after six rounds of testing, but captain and coach are self-isolating 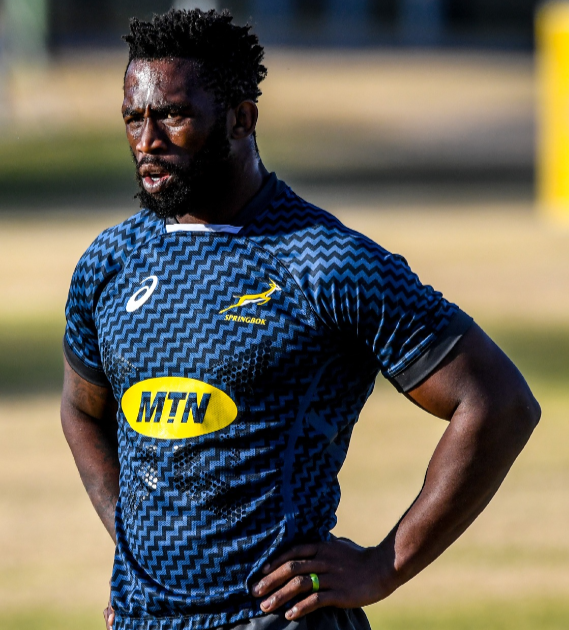 Springbok captain Siya Kolisi, who tested positive for Covid last week, is in doubt for the first Test against the British Lions on July 24.
Image: SYDNEY SESHIBEDI

The Springboks resumed training on Sunday ahead of the three-Test series against the British and Irish Lions, after six rounds of Covid-19 testing and a six-day preventive self-isolation period cleared a large group of players to return to the field, SA Rugby said on Sunday.

But captain Siya Kolisi, coach Jacques Nienaber and 12 other players who tested positive in the week are still in isolation and could miss the first Test in Cape Town on July 24.

“With the entire squad and management team confined to their rooms since Monday, the possibility of transmission through close contact has been mitigated,” a statement said.

The British & Irish Lions surged past 50 points for the third consecutive time on tour on Saturday but coach Warren Gatland will have more pressing ...
Sport
3 weeks ago

Those positive tests, as well as for several members of team management, led to Friday's warm-up Test against Georgia being cancelled.

One of the things about the tour was that there was going to be some chaos and there has been chaos. Adapting to that and making changes has been our mantra and I thought we were able to handle that in the week

All the players who tested positive are expected to follow strict return-to-play protocols, SA Rugby said. This leaves them in doubt for the first Test.

With two hookers and props among the positive Covid-19 test results, Sharks hooker Fez Mbatha and Bulls prop Lizo Gqoboka have been drafted into the 46-man squad as cover, while SA Rugby director of rugby Rassie Erasmus will take charge of training while Nienaber continues to self-isolate after testing positive for Covid-19 last Monday.

“We are delighted to be able to return to the field and resume our preparations for the Lions series,” said Nienaber, who SA Rugby said was in good spirits despite being in self-isolation.

“It has been a challenging week with the Test against Georgia cancelled and the entire squad self-isolating for a few days as a preventive measure, so the players cannot wait to get back on the park.

“The Test against Georgia was important for us with an eye on preparing to face the British and Irish Lions, but these are extraordinary times and we have to adapt as a team,” the statement quoted him as saying.

British and Irish Lions coach Warren Gatland praised his squad for “rolling with the punches”, before they headed to Cape Town on Sunday for the second part of their disrupted SA tour with their next opponents uncertain.

British & Irish Lions coach Warren Gatland wanted sterner opposition for his team in the lead up to the Test series and the Sharks, for one half at ...
Sport
3 weeks ago

Gatland, on his fourth Lions tour, agreed the last seven days — which included a change of opponent and a Covid-19 scare in their camp — had been the most chaotic week of his extensive coaching career, but said had been “pumped up” by the challenges.

“Certainly naming the team on the bus to the stadium was something new,” he quipped.

The tour was always going to be different to the normal boisterous Lions extravaganza, shorn of spectators and touring hordes and played in biosecure bubbles in a country under severe lockdown amid a third wave of the coronavirus.

Yet it was disrupted further when the Lions were told their weekend opponents, the Bulls, were unable to field a team after several positive Covid-19 tests, before they had a scare themselves when one staff member tested positive and up to 12 players and staff were forced to self-isolate.

Without Bok stars, regional outfits are less likely to reengage support like it used to
News
3 weeks ago

The Lions’ midweek match against the Sharks in Johannesburg was in doubt until two hours before kickoff, and then the Sharks were drafted in on Thursday to replace the Bulls in Saturday’s game in Pretoria for a second meeting in four days between the two teams.

“One of the things about the tour was that there was going to be some chaos and there has been chaos,” Gatland told a news conference after Saturday’s 71-31 win over their stand-in opponents.

“Adapting to that and making changes has been our mantra and I thought we were able to handle that in the week. I see it as a positive, that anything that is thrown at us doesn’t upset us and that we are able to make decisions quickly.”

Back Aphelele Fassi said he would cherish his try on debut for the Springboks for years to come after getting his international career off to a ...
Sport
4 weeks ago

There is more uncertainty ahead in Cape Town, suggested Gatland.

“I think there is a good chance they’ll switch the Stormers and SA A games around but nothing has been confirmed yet. We’ve just got to roll with the punches really. The guys have been dealing with it fantastically and we’ve just got to go with the flow and react to whatever is thrown at us.”

The Lions are scheduled to play SA A on Wednesday but that team is being drawn from the 46-man Springbok camp, which is in self isolation.

The Stormers were next on the agenda on Saturday, but they could become the midweek opponents and might even play the Lions twice.