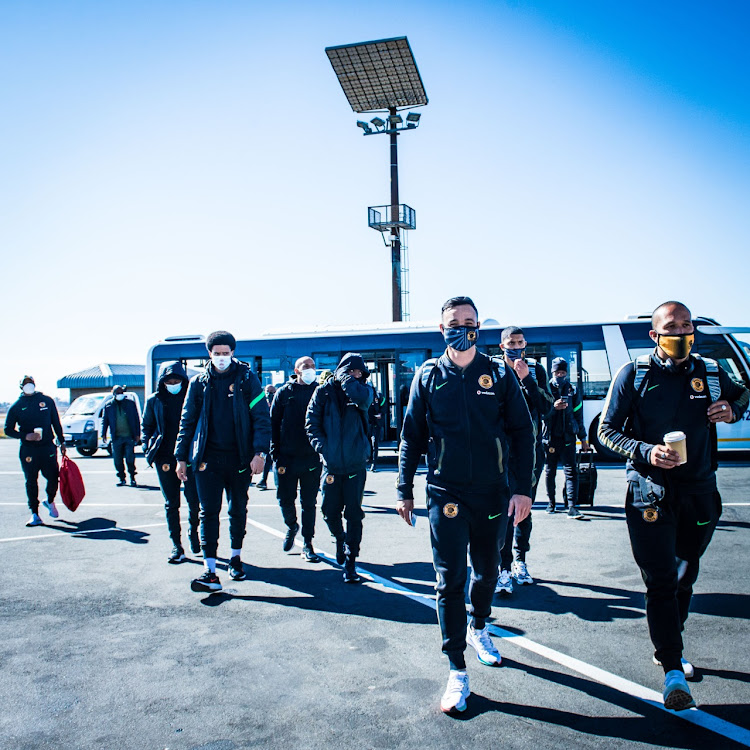 Kaizer Chiefs have arrived from a midwinter freeze in Johannesburg to a hot and humid Casablanca‚ where their only focus is winning the Caf Champions League final‚ winger Happy Mashiane has said.

Chiefs‚ having never reached the group stage‚ may be the rank underdogs against nine-time and defending champions Al Ahly at Stade Mohamed V on Saturday‚ but that is also perhaps the biggest advantage they have‚ and they are keyed up to maximise it.

For Amakhosi‚ reaching the Champions League final is already a victory‚ and they have less to lose not winning it than Ahly‚ whose supporters would be livid at a defeat to such complete outsiders.

Perhaps Chiefs’ biggest source of pressure is they would love to avoid a sixth season trophyless in this most unexpected of final appearances.

After a long trip via Lagos to reach Morocco‚ arriving late on Wednesday night‚ Mashiane said Chiefs have some cobwebs to stretch out in their first training session there on Thursday afternoon.

Kaizer Chiefs’ new sporting director Kaizer Motaung Junior has said that the Caf Champions League final in Morocco can be a beginning for the club in ...
Sport
4 months ago

“We just arrived last night [on Wednesday night]. The weather here is humid and hot. We had to adjust and things are going very well for now‚” the SA U-23 international winger said.

“The trip was fine. It’s just that it was too long and you get tired‚ and most of the time you have to just walk around stretching to get used to the travelling.

“We’ll train later [on Thursday]. We’re well prepared and mentally everything is fine.”

Another potential advantage for Chiefs is that they finished their domestic season six weeks ago‚ and have been able to rest‚ and then focus entirely on the final.

Ahly‚ who have 11 games left in an Egyptian Premier League season running late due to Covid-19‚ will have match practise‚ but have also had little recuperation time in a gruelling campaign in which they also ended third in the Fifa Club World Cup.

SuperSport has confirmed it will broadcast the highly anticipated Caf Champions League final between Kaizer Chiefs and Al Ahly at the Mohammed V ...
Sport
4 months ago

Mashiane said after the rest Chiefs were put through their paces intensely in their preparations for the final by the technical staff.

“We worked very hard to reach the final and we are here now. And now we’re working extra hard since we’re in the final‚ because that’s what we had wanted‚” he said.

“We have promised many people we will take this thing home, so now we just have to work extra hard for that.”

Pitso Mosimane’s Ahly are 10 points behind bitter Cairo rivals Zamalek in the Egyptian league‚ but with four games in hand.