Oosthuizen off to dream start at British Open 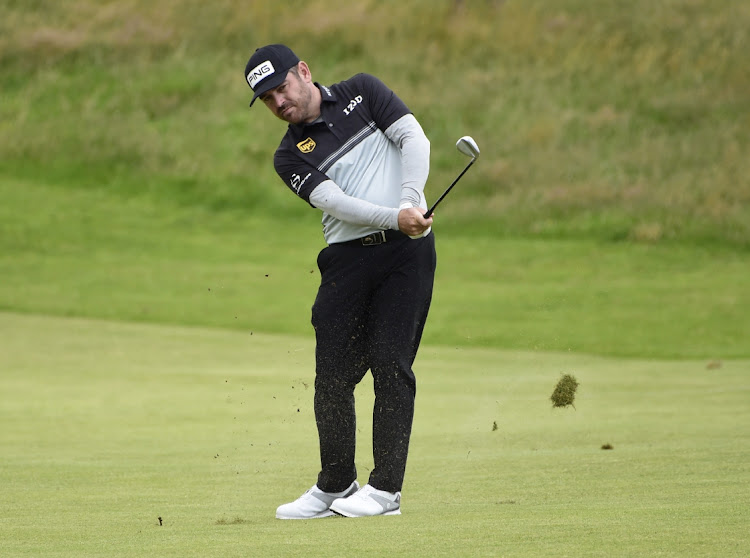 South Africa's Louis Oosthuizen during the first round of The Open Championship at Royal St George's, Sandwich on July 15, 2021.
Image: REBECCA NADEN / REUTERS

South African Oosthuizen, the winner in 2010, made six birdies in a flawless 64 to finish on six under par, one shot ahead of American Spieth, champion in 2017.

Oosthuizen continued his stellar run of form at major championships.

The 38-year-old,  British Open champion at St Andrews in 2010, finished tied second in this year’s PGA Championship and was runner-up at last month’s US Open.

South Africa's Louis Oosthuizen posted a bogey-free, 6-under-par 64 to grab the early lead during the first round of the Open Championship at Royal ...
Sport
2 weeks ago

“Probably in my mind it was the perfect round I could have played,” Oosthuizen said.

“I didn't make many mistakes.

“When I had good opportunities for a  birdie, I made the putts. So yeah, just a very good solid round.”

Oosthuizen has the reputation of being one of the best ball strikers in golf and he needed that skill to plot his way around the undulating links course in Sandwich.

After starting his round with seven pars, Oosthuizen collected three successive birdies and picked up three more over the closing holes to become only the 10th player to shoot 64 or lower in the first round of the British Open.

“I was just very patient,” he said.

“I was trying to just hit my shots and didn't really hit anything close enough to make birdies those first few holes, and then all of a sudden just made two good putts on eight and nine and got the ball rolling.

It happened quickly, but you still need to put yourself in those positions

“It happened quickly, but you still need to put yourself in those positions and I felt definitely the last 10, 11 holes I gave myself a lot of opportunities.”

It was a tough day for 2020 US Open champion Bryson DeChambeau, who battled to a round of 71.

DeChambeau appeared to have worked out the undulating fairways when he collected three consecutive birdies from the 12th but two more dropped shots left him well off the pace.

World No 1 Dustin Johnson started with a solid 68 and defending champion Shane Lowry of Ireland carded 71 playing with Oosthuizen and Spanish US Open champion Jon Rahm, whose 71 was spoiled by a double bogey at the ninth.