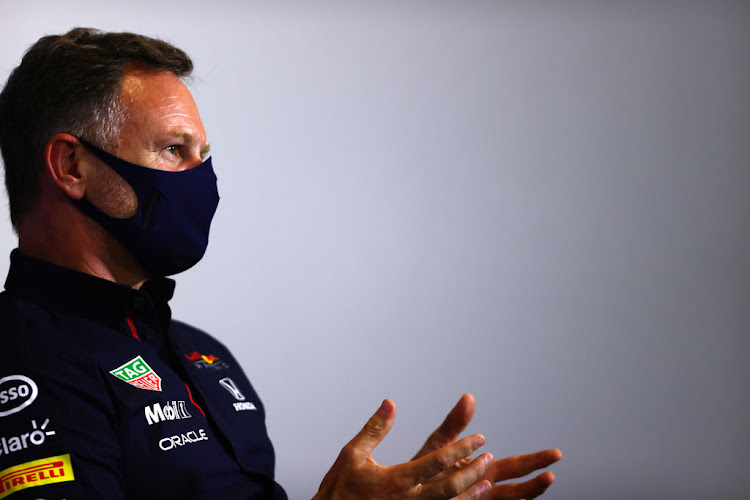 Horner said Mercedes' seven-times world champion, the most successful driver in the history of Formula One, made an amateur error in trying to pass at Copse corner on the opening lap and dismissed the Briton's 99th career victory as 'hollow'.

He said Hamilton, who did not feel he was to blame for what others also called a racing incident, had put a fellow competitor's safety "in jeopardy".

"We're just lucky today, unfortunately after a 51-G accident, that there wasn't somebody seriously hurt. What I'm most angry about is the lack of judgement, or the misjudgement and desperation," he added.

"Thankfully we got away with it today but had that been an awful lot worse, a 10-second penalty would have looked pretty meaningless."

Red Bull's Formula One (F1) world championship leader Max Verstappen crashed out of the British Grand Prix on Sunday after colliding with Mercedes ...
Sport
1 week ago

The controversial clash slashed Verstappen's championship lead from 33 points before the race to a mere eight after 10 rounds.

Hamilton was handed the time penalty for causing the collision but raced back to take the lead from Ferrari's Charles Leclerc with two laps to spare. It was his record eighth home win.

Horner said Verstappen was battered and bruised and in hospital after the biggest accident of his Formula One career.

The crash brought the race to a temporary halt as barriers were repaired.

"I can't see how Lewis can take any satisfaction out of a win when you've put your fellow competitor and driver in hospital," said Horner.

Glad I’m ok. Very disappointed with being taken out like this. The penalty given does not help us and doesn’t do justice to the dangerous move Lewis made on track. Watching the celebrations while still in hospital is disrespectful and unsportsmanlike behavior but we move on pic.twitter.com/iCrgyYWYkm

"Glad I'm OK. Very disappointed with being taken out like this. The penalty given does not help us and doesn’t do justice to the dangerous move Lewis made on track," said the Dutch youngster.

"Watching the celebrations while still in hospital is disrespectful and unsportsmanlike behaviour but we move on."

Hamilton had set the fastest lap in Friday qualifying for Saturday's first ever sprint race that then determined pole position for Sunday's race.

Verstappen seized the lead at the start of that sprint and was never threatened.

Horner suggested Hamilton's behaviour had been influenced by the sprint because he knew Verstappen would likely disappear into the distance again unless he did something.

"I think he was wound up after yesterday's result," he added. "He was obviously fully motivated, and he just made a massive misjudgement."

Horner also criticised Mercedes team boss Toto Wolff for going to see stewards while the race was halted, saying it was unacceptable to try and lobby them.

"I don't think the stewards should be interfered with," he declared.

The Briton said he also went to see them in response to Wolff's move to ensure his team's views were heard.