'Pressure is privilege' for history-chasing Djokovic 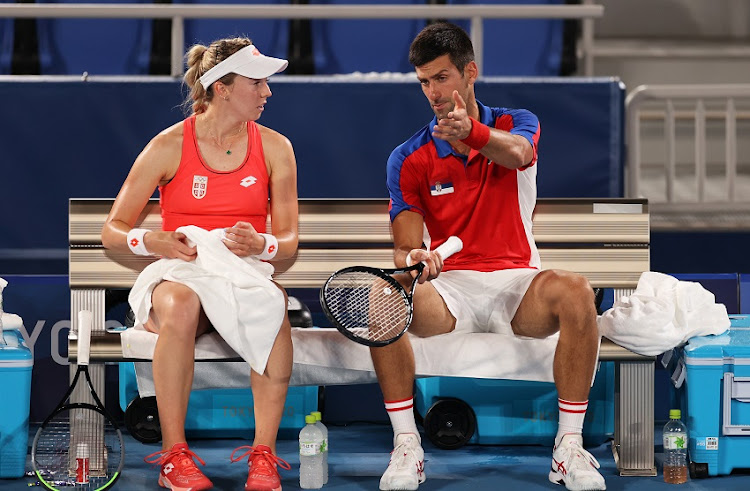 Novak Djokovic is closing in on something that no man has achieved before, but for the Serbian “pressure is a privilege”.

Steffi Graf is the only tennis player to have won all four Grand Slams and an Olympic gold in the same year before.

But the 34-year-old Serbian is three-fifths of the way there, needing a Tokyo gold and then the US Open trophy to match the German's 1988 feat.

Talk of the “Golden Slam” has dominated every press conference Djokovic has attended since he won the third major of the year at Wimbledon this month.

But the steely-eyed Serbian seems to thrive under pressure.

“Pressure is a privilege,” Djokovic said when asked about the attention on him after reaching the singles quarter-finals and also winning a mixed doubles match on Wednesday.

“Without pressure there is no professional sport. If you are aiming to be at the top of the game you better start learning how to deal with pressure. And how to cope with those moments on the court but also off the court, all the expectations.”

Japanese medal hope Naomi Osaka sailed into the third round of the Tokyo Olympics on Monday, while men’s number one Novak Djokovic remained steady on ...
Sport
2 months ago

Athletes such as tennis superstar Naomi Osaka and Simone Biles have highlighted the immense pressures on them, raising questions about whether global sporting figures get enough support for mental health.

At the athletes' village, Djokovic has been swamped with requests for photographs with competitors from other disciplines and many of them have been doing the rounds on social media.

“All that buzz and all that noise is something that I can't say I don't see it or I don't hear it. Of course it's there,” the 20-time major winner said.

“But I've learned, I've developed the mechanism how to deal with it in such a way that it will not distract me and will not wear me down.

“I feel I have enough experience to teach myself how to step on the court and play my best tennis.”