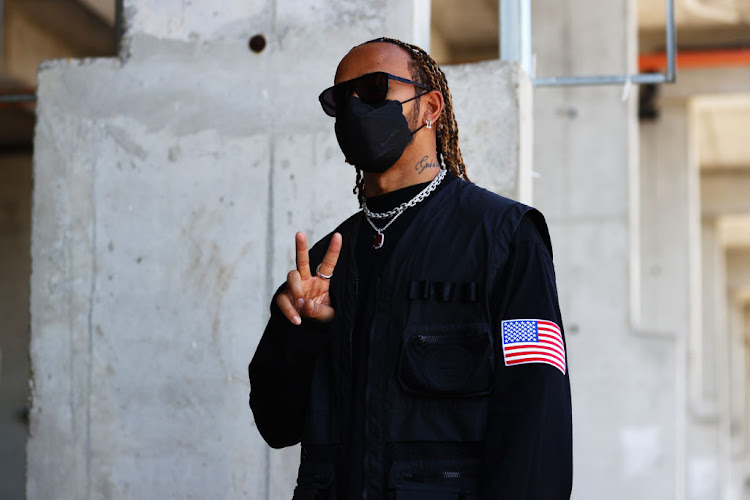 Lewis Hamilton of Great Britain and Mercedes GP walks in the Paddock during previews ahead of the F1 Grand Prix of Hungary at Hungaroring on July 29, 2021 in Budapest, Hungary.
Image: Bryn Lennon/Getty Images

Seven-time Formula One world champion Lewis Hamilton spoke out against Hungary's anti-LGBTQ+ legislation ahead of the country's grand prix and urged voters to protect rights by rejecting it in a coming referendum.

The sport's most successful driver of all time is racing for Mercedes at the Hungaroring near Budapest this weekend in the 11th round of the championship that could bring him a record 100th career win.

“Ahead of the Grand Prix this weekend, I want to share my support for those affected by the government's anti-LGBTQ+ law,” the Briton posted on Instagram on Thursday.

“It is unacceptable, cowardly and misguiding for those in power (to) suggest such a law. Everyone deserves to have the freedom to be themselves, no matter who they love or how they identify.

“I urge the people of Hungary to vote in the upcoming referendum to protect the rights of the LGBTQ+ community, they need our support more than ever. Please show love for those around you because love will always win.”

Norma Mngoma said members of the LGBTIQ+ community have the right to live and called for an end to the hate directed at them.
Lifestyle
4 months ago

Hungary's nationalist Prime Minister Viktor Orban, who has been in power since 2010, has introduced social policies he says aim to safeguard traditional Christian values from Western liberalism.

The European Commission has launched legal action against Orban's government over the new law, which came into force this month, saying it is discriminatory and contravenes European values of tolerance and individual freedom.

A survey last month by the Ipsos polling organisation found that 46% of Hungarians supported same-sex marriage.

Hamilton, Formula One's only Black driver, has used his platform to campaign for a range of social issues, human rights and diversity.

He has said that while drivers have no say in where the sport races, it was right to speak out.

“I don't think we should be going to these countries and just ignoring what is happening in those places and arriving, having a great time and then leave,” the 36-year-old said earlier this year.