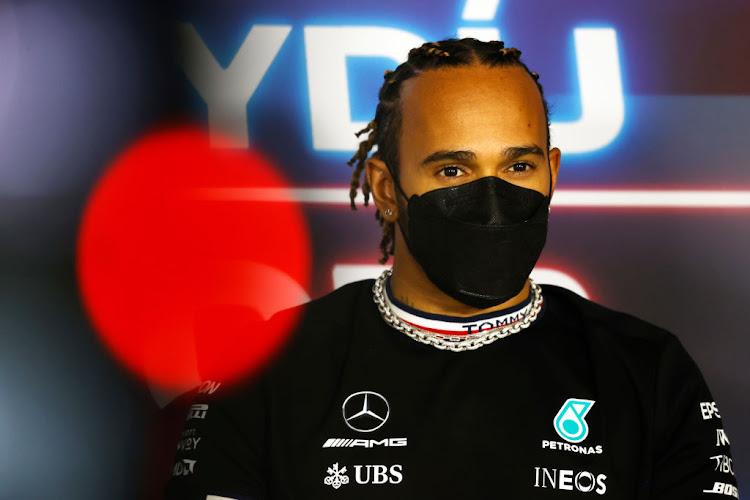 Lewis Hamilton talks in the drivers' press conference during previews ahead of the F1 Grand Prix of Hungary at Hungaroring on July 29 2021 in Budapest, Hungary.
Image: Florion Goga - Pool/Getty Images

Seven-times world champion Lewis Hamilton on Thursday defended the overtaking attempt that put Red Bull title rival Max Verstappen out of the British Grand Prix, saying he would pull the move off in “exactly the same way.”

Hamilton and Verstappen were battling for the lead on the opening lap of the race at Silverstone when they made contact into the fast, right-handed Copse corner.

The collision resulted in a 51G crash for championship leader Verstappen, with the Dutchman flown to hospital for precautionary checks.

Hamilton, deemed predominantly responsible for the incident by stewards, overcame a 10-second time penalty to win on home soil.

“In terms of the move, I would do the move exactly the way I did it last in terms of how I’ve reviewed it and analysed from all my experience,” the Briton told reporters over a video conference ahead of this weekend’s Hungarian Grand Prix. “And my experience over the years speaks for a lot — I won’t change it.

“None of us ever want to see another driver injured or in harm’s way or put a driver in harm’s way. I did give Max a call after the race to check if he was OK and let him know that the respect is still there.

“It’s perhaps not reciprocated but that’s OK,” added the 36-year-old, who is now eight points behind Verstappen in the overall standings and could draw level with him in Hungary.

Seven-time Formula One world champion Lewis Hamilton spoke out against Hungary's anti-LGBTQ+ legislation ahead of the country's grand prix and urged ...
Sport
4 months ago

The events at Silverstone added an edge to the rivalry between the sport's established star and his heir apparent. It also ratcheted up tensions between their teams.

Red Bull, whose motorsport adviser Helmut Marko called for a one-race ban for Hamilton, have asked for a review of the incident with personnel from the Milton Keynes-based team and Mercedes called to a video meeting with stewards on Thursday.

Verstappen also criticised Hamilton and the Mercedes team's race-winning celebrations while he was in hospital as disrespectful.

The Dutchman stood his ground on Thursday, saying Hamilton's penalty wasn't severe enough and that he wouldn't race the Briton any differently.

“From my side I didn't do anything wrong,” said Verstappen.

“I’m a hard driver, I race hard but at the end of the day I know quite well how I have to position my car and I haven’t been involved in accidents where I run into people.”