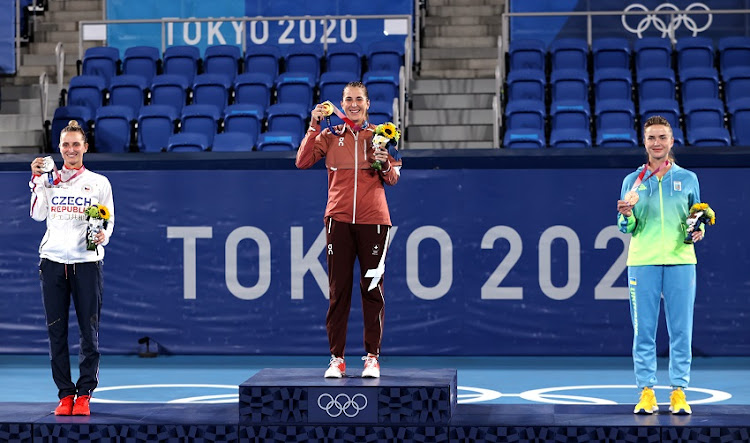 The 24-year-old Bencic, who prevailed in two hours and 30 minutes, can now complete a set of gold medals when she and Viktorija Golubic face Czech No. 1 seeds Barbora Krejcikova and Katerina Siniakova in the doubles final on Sunday.

Bencic is also the first Swiss to win a singles gold since Marc Rosset claimed the men's Olympic title in 1992, and could become just the fourth woman in history to secure the title as well as victory in the doubles.

“I think I accomplished it for them. They did so much in their career,” Bencic said. “I'm not sure I will be ever be able to do what they did, but maybe I could help them to accomplish this one with giving them this Olympics so it's both for Martina and for Roger.

“I was focused I never lost focus and I never gave up,” she said. “I did not come here saying the Olympic Games are there just to win a medal. It was a dream for me from the beginning til the end. I don't want this to be over.”

Saturday's final began as a nervy battle with both players struggling to hold serve before Bencic finally edged the 42nd-ranked Czech to take the first set.

Vondrousova, however, was far from finished and went up a gear in the second with a double break to force the match into a decider as Bencic struggled with her opponent's backhand slice.

Bencic took a medical timeout for a toe blister while leading 4-3 in the final set, but returned to break the Czech and serve out the victory, collapsing to the court in joy when Vondrousova sent a backhand return long on the Swiss's second match point.

“We played a great match both of us and only one could win. But winning an Olympic medal, it's all good. I am just so happy. I am not going to be sad,” said a beaming Vondrousova, who bettered compatriots Jana Novotna and Petra Kvitova who won bronze medals in 1996 and 2016 respectively.

Vondrousova's loss ends a dream Olympic run for the 22-year-old, who took down home favourite and world number two Naomi Osaka in the third round before powering into the championship match over Ukraine's eventual bronze medallist Elina Svitolina.