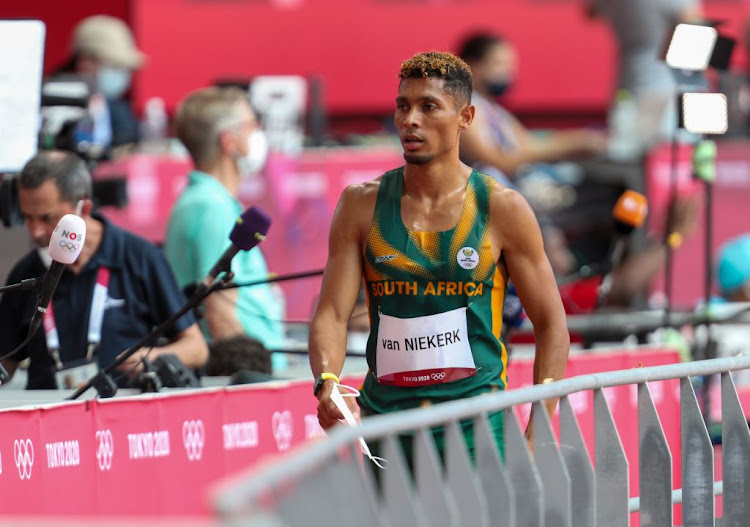 Wayde van Niekerk of SA walks towards a post-race television interview after he ran in the heats during the Tokyo Olympic Games.
Image: Roger Sedres/Gallo Images

Wayde van Niekerk faces the toughest race yet on his comeback trail when he lines up in the third 400m semifinal at the Tokyo Games on Monday.

The top two will qualify automatically for Thursday’s final, but Van Niekerk, the king from Rio 2016, faces three men who have gone faster so far this season, including reigning world champion Steven Gardiner of the Bahamas (44.47).

Botswana veteran Isaac Makwala (44.47) and temperamental American Michael Norman (44.07) are ahead of the South African (44.56) on the world list.

This is the toughest field he has faced since returning from his 2017 knee injury.

Van Niekerk will run in lane eight, the same one from which he set his 43.03 world record in Brazil five years ago, but this time he has one runner on his outside.

Norman is in seven, Gardiner in six and Makwala in four.

Defending champion Wayde van Niekerk admitted he had nerves after he ran a less-than-perfect race in the 400m heats at the Tokyo Games on Sunday.
Sport
1 month ago