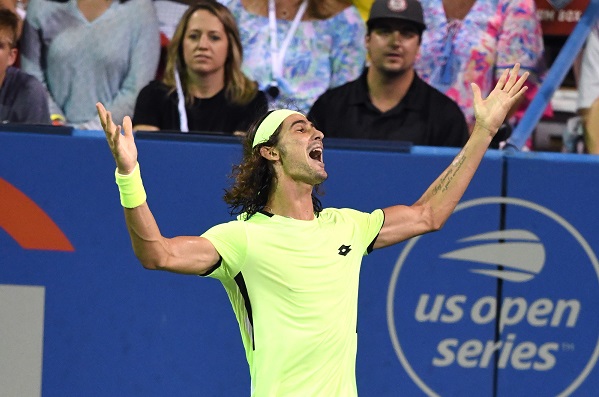 The 24-year-old South African Lloyd Harris earned the biggest win of his career on Thursday evening, shocking Rafael Nadal 6-4, 1-6, 6-4 to reach the quarterfinals of the Citi Open in Washington DC, US.

The ATP Tour's official website reported that Nadal overcame a lingering foot injury on Wednesday evening to beat home favourite Jack Sock in a final-set tiebreak. But Harris did not allow the top seed and 20-time Grand Slam-winner the same latitude.

Thiem looks to reset, return on clay after a tough few weeks and loss to South Africa’s Harris

World number four Dominic Thiem says he wants to reset after making another early exit at this week's ATP 500 event in Dubai and is looking to come ...
Sport
8 months ago

“Today was really special. I think I have had some big wins, and this year I have beat some Grand Slam champions,” Harris told ATPTour.com.

“But to beat a 20-time Grand Slam champion, and especially in front of a full crowd and with such an amazing atmosphere, it was definitely something very special.”

The pain of his injury did not impact world No 3 Nadal’s fighting spirit — and the Spaniard said he felt better against world No 50 Harris, but it was not enough to topple the South African.

Harris took the initiative, hitting nine forehand winners to just two for Nadal to seize the only break and win the first set.

“I did a lot of good things. I think the best thing was to stay in the moment, keep my composure, and I think I just stayed with my game and stayed playing a consistently good level throughout the match,” Harris said.

“It was a good, quality match, I think. Not easy for me out there. It was pretty physical, but all in all, I'm just super happy with how everything turned out.”