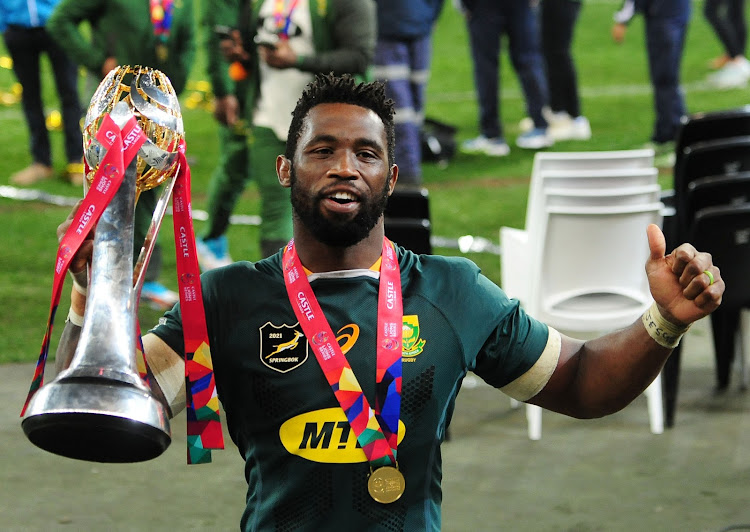 Businesswoman and wife of Springbok captain Siya Kolisi, Rachel Kolisi, says their family is blessed to have witnessed yet another big win by the team after they defeated the British and Irish Lions in Cape Town at the weekend.

“Once every 12 years this opportunity comes about. For many of the players and their families, it happens once in their careers.

“Yesterday, the Springboks made history again. I can't believe I got to be part of this! Something I'll never take for granted,” she captioned a family photo of her, Siya and their children with the trophy.

Springbok coach Jacques Nienaber said the team are already working hard in preparation for their first Rugby Championship match, against Argentina in Port Elizabeth on Saturday

“We are very proud about winning (the) Lions series and as a team we enjoyed celebrating that massive feat on Saturday night, but we have a big week ahead,” Nienaber said.

“There are some players who were part of the initial 46-man squad for our conditioning camp in June who have not had an opportunity yet, so we will look to give some of them a run in the next few weeks.

“It is important that we manage the players well to maintain the standards we have set for ourselves, and that includes game time for some players and resting others who have had a heavy load in the past few weeks.”