Gumede's boots provide the difference as Arrows down SuperSport on penalties 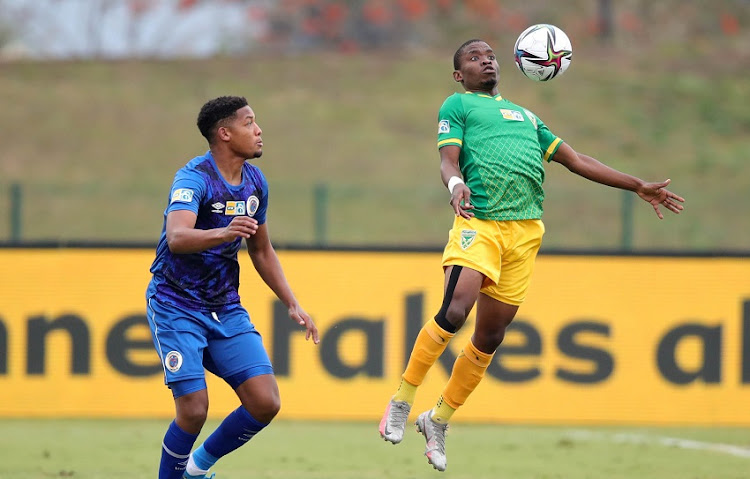 Big striker Gumede first scored a last-minute equaliser in the dying moments of extra time at Princess Magogo Stadium in KwaMashu, Durban, to force the match to end in a 2-2 stalemate. Then he again scoring the final penalty in the shootout that secured a 4-3 victory in the shootout for Arrows.

Mutizwa’s 50th-minute penalty had given Arrows the lead before his Zimbabwean counterpart Lungu equalised in the 77th to take the match to extra time.

Lehlohonolo Seema has secured his fourth Premiership coaching job in a space of 12 months after joining Lamontville Golden Arrows as their new head ...
Sport
10 months ago

An innocuous foul on Nduduzo Sibiya by Tebogo Mokoena inside the area gave referee Abongile Tom no option but to point to the spot, giving Mutizwa a chance to take the home team to the semi-finals of the only competition Arrows won in their history with former coach Manqoba Mngqithi back in 2009.

But Mokoena redeemed himself when he provided an assist to Lungu to level in the 77th for SuperSport, forcing the game to go extra-time, where Rayners gave United hope with a goal in the 99th.

The first match in the 2021-22 saw plenty of huffing and puffing, and was marked by stray passes and unconvincing shots at goals. Arrows were the first team to settle, though their bossing of possession in the first 45 minutes caused no problems for the visitors.

At the other end of the pitch Arrows keeper Sifiso Mlungwana remained a spectator for most of the first half, with his defence able to thwart a few half-chances that former SA Under-23 midfielders Mokoena and Sipho Mbule tried to conjure up for United.

It was Mbule who tested Mlungwana with a long-range pot-shot just before the half-hour mark. Other than that there was not much that Tembo’s team troubled Arrows with, with most of their play cut short before reaching Mlungwana.

Arrows, with a new coach in former Lesotho international Lehlohonolo Seema replacing Mandla Ncikazi on their bench, also lacked the final ball to really get at goals in the 90 minutes. Lindokuhle Mtshali was the busiest Arrows player in the midfield but he too failed to provide Mutizwa and Sibiya with good final passes.

It was left to substitute Gumede to really make a difference, taking Arrows to their first win in the first meeting between these two sides in this competition.

It was also Arrows’ second time in six attempts in this competition that they had managed to go beyond the last-8, the last time being when they won it with Mngqithi in 2009.