Step in the right direction for Bulldogs 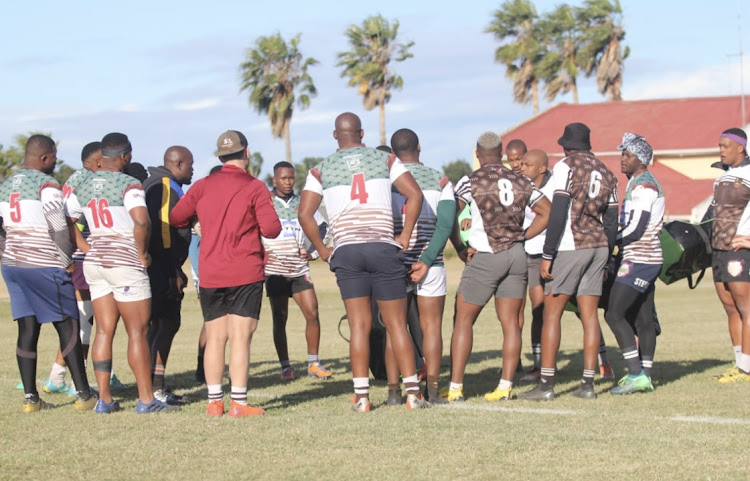 GETTING READY: Border Bulldogs prepare for an away game against SWD
Image: RANDELL ROSKRUGE

When Border Rugby Union were in the midst of their turbulence it was a nightmare for the Border Bulldogs to play away.

However, matters improved vastly this past season, according head coach Lumumba Currie.

In 2018, the team was scheduled to play away in Potchefstroom against the Leopards, but the logistics and accommodation planning were in disarray due to mismanagement and lack of financial resources.

Former Bulldogs head coach Tiger Mangweni detailed how that away trip turned into a horror show.

The basis of Currie’s proposal is to have the two universities as the two main feeders of the province.
Sport
2 months ago

“During the week the preparations were good for the Friday game,” he said.

“So during the week we passed on our needs as the backroom staff to the management. That’s how things were done when the team were going to travel.”

“After training we found out there were no flight tickets booked — there was nothing arranged.

“The players asked what was happening and I told them we were still waiting.

“Management came out and were honest with us and said there was no money and that’s when the financial problems started showing.

“They eventually made a plan.

“The players waited with us from 10am until 8pm before we drove to PE (now Gqeberha).

“We caught an early flight to Johannesburg.

“We got on the bus and the players had their pre-match meals there and used it as the dressing room because we were late for the match,” Mangweni previously told DispatchLIVE.

The Bulldogs were outscored by nine tries to two at Olen Park in Potchefstroom as they picked up their fourth loss of the season.
Sport
2 months ago

Fast forward to 2021 and the Bulldogs played three away games in the Currie Cup First Division — against Boland, SWD, and the Leopards.

Currie said away travels had been smooth sailing this season thanks to the home union’s stakeholders and SA Rugby’s in-house travel agency .

“Things were well organised, well in advance,” he said.

“We used Indoor Jet, which is the travelling agent for SA Rugby. We used them to do our bookings.

“They booked for us well in advance, two to three weeks in advance we knew how our travelling was going to be.

“We used SA Rugby flights to fly to all these three away games we had.

“There’s nothing that was out of line or affected us badly.

“There was an improvement on that. Our manager was working with the travel agent. Our logistics were spot on.”

Fana has backing for Border presidency

The Amathole union had its Indaba at the weekend where they got to reflect the success of their teams who have been promoted to the Super League and ...
Sport
2 months ago

Another positive for the Bulldogs was how they were able to camp together in a hotel on the eve of a home fixture.

They played three matches at Police Park — against the Griffons, EP Elephants and the Falcons.

Currie said the team spending time together had powered them to winning two of their home games and raised their professionalism.

“We slept at a hotel for all of our three games.

“We tried to manage whatever may have been a contributing factor to the team’s previous losses.

“With the assistance of the affiliates, Dasrac and Basil Hadad, it was possible for us to sleep together the night before we played our home games.

“That was a step in the right direction. We were not neglected.

“That brought up a level of professionalism. That changed the mindset in people, as they could see things were progressing.”