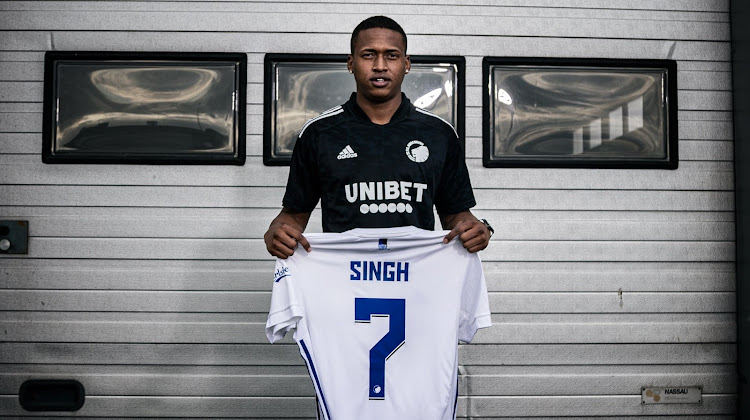 Singh, 24, joined Copenhagen, 13-time Danish Superliga champions since 1992, on Wednesday on a four-year contract from SC Braga in Portugal.

Zuma, 46, who scored from a spectacular bicycle kick against Brondby that clinched the 2000-01 championship for Copenhagen, earned the nickname “Zuma the Puma” at the club where he is regarded as among their best imports as a foreign player.

“I just heard the news that you are joining FC Copenhagen. I'm so happy and excited for you,” Zuma says in an internet video message.

“It’s an amazing city and club, and they love South Africans. So you just make sure that you enjoy every moment of this journey.

“Respect your teammates, respect the club, and give the fans your best. Good luck umfowethu.”

A video on Copenhagen’s social media shows Singh being welcomed in his first training session to the club by manager Jess Thorup and his new teammates.

The Stars of Africa academy product and Bafana international, who took part in the Tokyo Olympics last month, began his professional career at GAIS in Sweden then played in Portugal for Braga B, then loan spells at Chaves, Moreirense and Pacos Ferreira.

Luther Singh ahead of Bafana’s date with Zambia: ‘There’s no country bigger than another country’