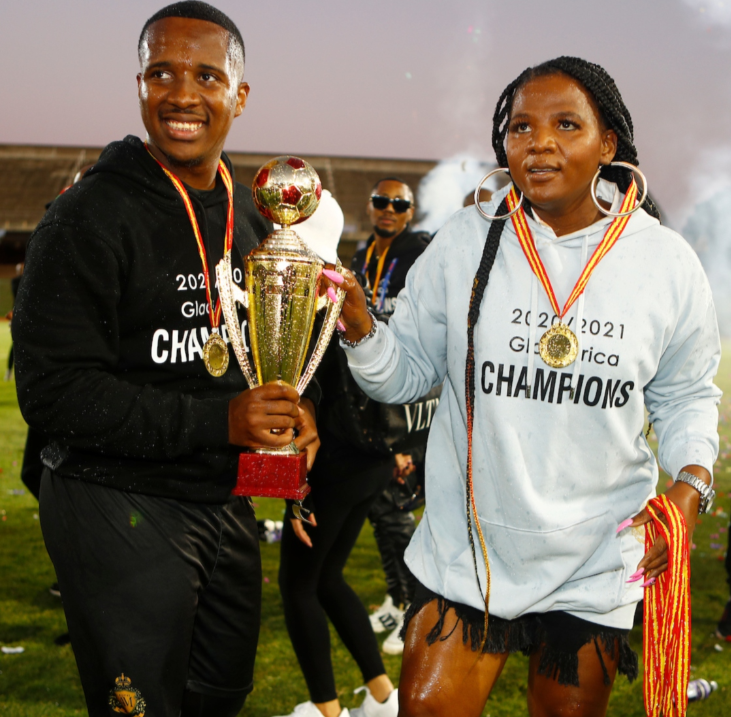 Andile Mpisane with Shauwn Mkhize of Royal AM FC during the GladAfrica Championship 2020/21 game between Royal AM and Cape Town All Stars at Chatsworth Stadium on 23 May 2021.
Image: BACKPAGEPIX/ STEVE HAAG

Soccer fans have taken to social media to react to Royal AM’s last gasp defeat to Swallows FC on Sunday.

Royal AM fell to substitute Mbulelo Wambi’s last-minute diving header during the DStv premiership encounter at the Dobsonville Stadium.

Some supporters justified the defeat by saying the team needed time to adjust to the abrupt sale of Celtics and relocation to KwaZulu-Natal, while others weren’t impressed.

Mkhize said Sunday’s match was not the worst considering the abrupt changes in the team.

“For the team  assembled in four days without a preseason, to hold one of the strongest teams [in the league] for 92 minutes, was not a bad start, lack of concentration in the dying minutes has cost us one point, we will take it and learn from our mistakes,” she wrote on Instagram.

Here are some of the reactions online:

Regarding the developments of what happened this week, I don't blame Maduka or the players

That game has taught me that in football it’s not over till Ref blow the final whistle!! We try again next game ❤️🤘🏿💛 #RoyalAM

Your Royal AM will remain at the bottom of DStv Premiership.

Royal AM will lose everyday until my heart stops bleeding