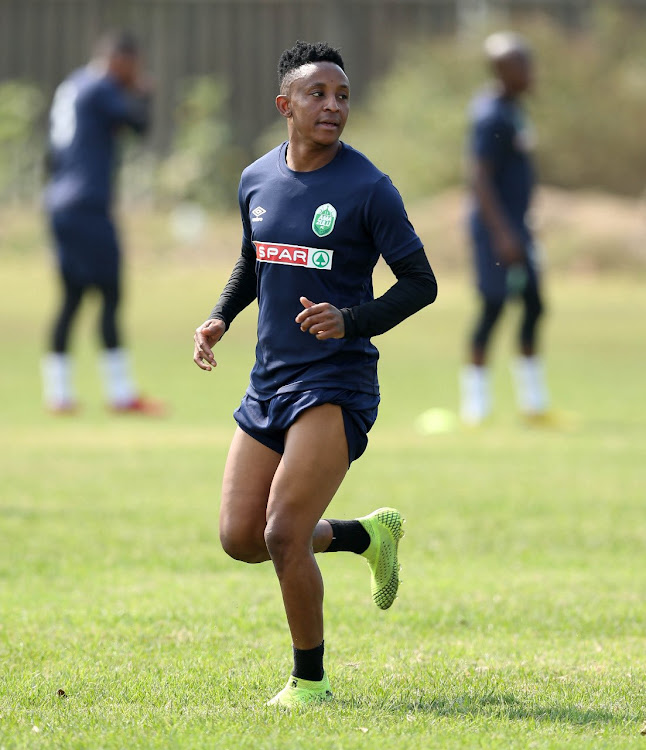 Midfielder Hendrick Ekstein is back in the Premier Soccer League (PSL) with AmaZulu.
Image: Picture: AmaZulu

Former Kaizer Chiefs attacking midfielder Hendrick Ekstein is back in the Premier Soccer League (PSL) and excited to finally get a chance to work with AmaZulu coach Benni McCarthy.

As Usuthu prepare for their second DStv Premiership match against Swallows at Kings Park Stadium in Durban on Wednesday, Ekstein said McCarthy has been chasing him for over three years.

Benni McCarthy is pleased at the qualities that two ex-Kaizer Chiefs players – Pule Ekstein and Kgotso Moleko – can bring to AmaZulu.
Sport
9 months ago

“It’s been a few years that coach Benni has been after me,” said Ekstein, who was an unused substitute in the loss to Mamelodi Sundowns last week and is in line to make his debut against Swallows on Wednesday.

“He showed interest in me while he was at Cape Town City, but unfortunately we never got the opportunity to work together. Even when I was overseas, we used to talk and this made me see that he really believes in me.

“He always wanted to coach me, I always wanted to be coached by him and it is happening. I also want to clarify that I never received a call from Chiefs to return to Naurena before I joined AmaZulu.”

AmaZulu have attacking players like Mxolisi Kunene, Thabo Qalinge, Augustine Mulenga, Sphesihle Maduna, Siyethemba Sithebe and  Buchanan, and Ekstein is not expecting to walk into the starting 11.

“I have to work hard at training, I am not expecting any favours or preference from him because I was playing overseas. [Given] the way AmaZulu have been playing under coach Benni, it is not going to be difficult for me to acclimatise to their style. But I have to work hard so that I can force my way into the team.

“It was easy for me to come to work with him here at AmaZulu because he is a former player who won things at the highest level, and he has done well so far in his coaching career from Cape Town City.

“AmaZulu played well last season, and for me personally, I want to add something to the team by helping them to win trophies and do well in the Caf Champions League because we have good players.

“I played in Caf competitions with Chiefs before under coach Ernst Middendorp, even though we didn’t do well. This is one of the things that drew me to AmaZulu besides playing under coach Benni.

“The past few weeks I have been here at AmaZulu have been good. The treatment from the club has also been good and my teammates, coaches and everyone welcomed me very well, and I am happy.”