Chiefs 'close to pornography', then hang on for happy ending against Baroka 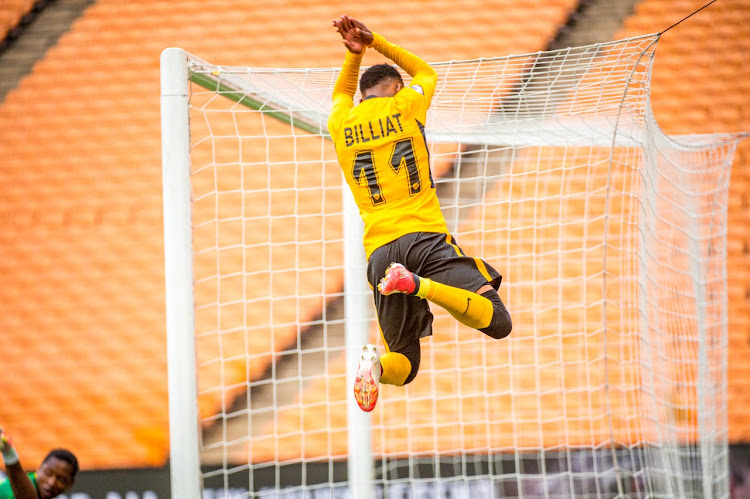 Watch out for Kaizer Chiefs this season: that was the message as slumbering Amakhosi sprang to action like a punch-drunk boxer finding their second wind in an imperfect but also at times inspired 2-1 DStv Premiership win against Baroka FC.

Chiefs were so lustfully delicious in the a sublime opening half on Wednesday evening that one famously vociferous fan on Twitter said of a display capped by goals from Khama Billiat (ninth minute) and Daniel Cardoso (27th) that it was “close to pornography”.

Denwin Farmer's 59th-minute strike pulled back made for a nervy close for Chiefs, whose new coach Stuart Baxter knows he still has plenty of work to do shoring up the back. But Amakhosi withstood a late surge from dangerous Baroka for a happy ending.

Chiefs had been flat but the signings shown glimpses of potential in 2021-22.

Keagan Dolly starting on the right and showing Ligue 1 class sparked a first-half performance where the gold and black at times buzzed like days in distant memory ago when there were crowds in stadiums.

TS Galaxy coach Owen da Gama looked back at his side's league encounter against Kaizer Chiefs with a great deal of satisfaction and was pleased his ...
Sport
8 months ago

Dolly's buzzing presence sparked Billiat back to signs of life from the little Zimbabwean that have been lacking except in glimpses at Naturena, the D and B, of Mamelodi Sundowns' old “CBD” displaying an old understanding.

Chiefs consciously put themselves on the front foot from the opening minute when Oscarine Masuluke's attempted clearance outside his area hit own player Athenkosi Dlala and fell to Bernard Parker. The veteran found the body of Vusi Sibiya between himself and the exposed goal.

Amakhosi took the lead in a fashion that would have made their fans in couches at home sit up and take notice. Manuel Kambala slipped to give away the ball, allowing Phathutshedzo Nange to feed the run of right-back Njabulo Blom, via Dolly's dummy, to hit the ball in low, Billiat directing a crisp first-time finish into the top-left corner.

Baroka showed their danger when Evidence Makgopa expertly held up and teed up Tshepo Mokhabi on the right, whose ball curled back in was headed on to the upright by Richard Mbulu.

Chiefs’ new-look combination then found a groove as smooth as a record player needle landing softly on a vinyl LP, but with tempo.

Cole Alexander, showing how threateningly he can probe, fed Sifiso Hlanti down the left whose cross fell a bit low for Daniel Cardoso, hanging upfront after a corner, the centreback getting down to direct a looping header past Masuluke.

Dolly played Billiat through to miss past the left upright, then passed Blom down the right whose cross fell to Billiat to spoon on to the upright. Alexander fed Billiat for a carbon copy of that miss in injury time.

For all Chiefs' dominance in the opening half, and coming out consolidating and cautiously probing in the second, 2-0 is a dangerous lead, especially for a team still so far from stable in defence.

The corner from the left of Nhlanhla Mgaga, one of three halftime substitutes from Baroka coach Matsemela Thoka, fell to another of those replacements, Farmer, free on the left to crack a low volley past Bruce Bvuma.

For a new combination such a setback could easily have led to a further capitulation. Chiefs closed the game impressively.