Ncikazi: Pirates played ‘possession for possession and no chances created’ 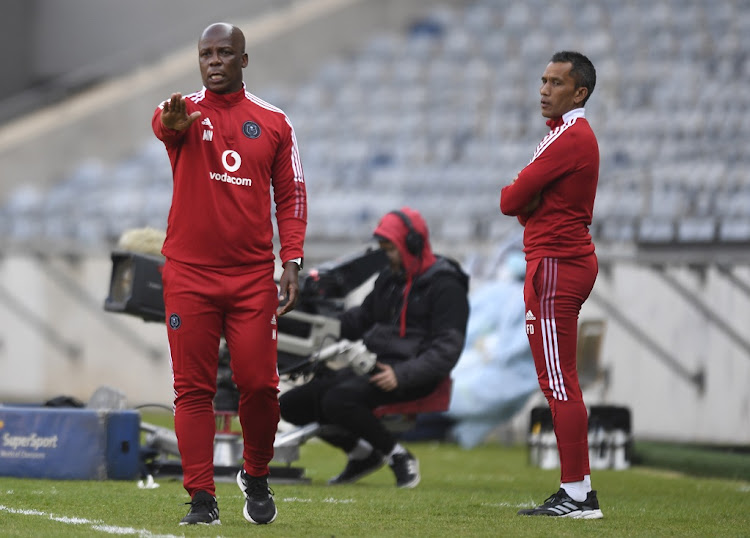 Orlando Pirates coach Mandla Ncikazi says they need to be more ruthless and aggressive in the final third when confronted by teams playing a low defensive block, such as Marumo Gallants did when holding Bucs to a 0-0 DStv Premiership draw.

Pirates’ co-caretaker coaches Ncikazi and Fadlu Davids are yet to achieve their first win after the departure last week of Josef Zinnbauer as head coach. The Buccaneers are also seeking their first win of the season after their stalemate against Gallants at Peter Mokaba Stadium on Tuesday.

Seeking to regroup from a 2-0 season-opening defeat in their Limpopo derby against Baroka FC Gallants’ French coach Sebastien Migne had his team out defending deep and working tirelessly to frustrate Pirates.

Orlando Pirates have had their challenges in 2021-22, and another of those was a resolute Marumo Gallants who worked tirelessly to stifle a flat ...
Sport
8 months ago

Bucs, in turn, opted too often for the safe pass, unable to conjure the ingenuity or tempo to threaten the half-spaces and pressurise the pockets.

“I’m highly disappointed at the result. Pirates have got no home and away. Pirates must win based on the targets that have been set for the season,” Ncikazi said afterwards. “We are still below — the pace is a bit slower. But there are positives in how we played today.

.@orlandopirates FC coach Mandla Ncikazi on Bucs' draw with @_Marumogallants ... "...it was possession for possession, and no chances created. That was my disappointment" pic.twitter.com/0BsStLxGrc

“If we are possession-based we need to try to equate the possession with the chances we create. But here it was possession for possession, and no chances created. That was my disappointment.

“We had half-chances. There was one in the first half. If there is half-a-chance — take that. Be more ruthless on set plays. And I don’t think we were as ruthless as in the previous match, but it’s a work in progress.”

Pirates started with a 2-1 MTN8 defeat to Swallows FC — leading to Zinnbauer’s resignation — and 2-2 league draw with 10 men to Stellenbosch FC, both at home, before being held by Gallants.

Bucs will aim to nurse their walking wounded as this weekend’s MTN8 semifinals and a Fifa international date give Ncikazi and Davids 18 days to work on their game model before their league meeting against Swallows FC at Orlando Stadium on Saturday September 11.