Bottas and Russell have 'no news to share' on Mercedes seat 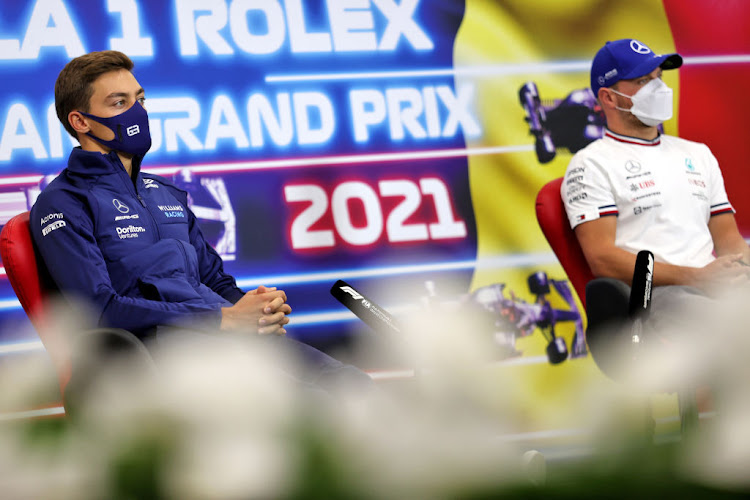 George Russell and Valtteri Bottas talk in a press conference during previews before the F1 Grand Prix of Belgium at Circuit de Spa-Francorchamps on August 26, 2021 in Spa, Belgium.
Image: Laurent Charniaux - Pool/Getty Images

Valtteri Bottas and George Russell might know which of the two will be teaming up with Lewis Hamilton at Mercedes next season but neither was saying much at the Belgian Grand Prix on Thursday.

Bottas, the incumbent and twice championship runner-up, and Mercedes-backed Williams driver Russell were put up together as the drivers met the media by video conference at the Spa-Francorchamps circuit.

“There is no news to share, yet,” declared Bottas, who said before the August break that he wanted his future sorted by Spa.

“Who knows? Maybe I know something, maybe I don't. But, like I said, there's no news to share.”

Asked whether that was because the decision had not been made or now was not the right time to announce it, the Finn repeated the line and said he had no need to clarify.

“We have a job to do here and there's no news. We're going to focus on racing and getting maximum points,” he added.

Russell, the 2018 Formula Two champion, repeated the same “no news to share” line.

“There's nothing to announce one way or another this weekend, and probably not next weekend either,” added the 23-year-old.

“I think it's no problem. Everything is, you know, do things right rather than quickly.”

Seven-time world champion Lewis Hamilton won the Spanish Formula One Grand Prix for a record-equalling fifth year in a row for Mercedes on Sunday.
Sport
1 year ago

The choice of driver for one of the hottest seats on the starting grid is eagerly awaited by fans, with Russell tipped by many to get the nod.

Mercedes team boss Toto Wolff was quoted by The Times newspaper this week saying he had delayed making a call because the situation was so complicated.

Seven times world champion Hamilton has been strongly supportive of Bottas, with the Finn proving an easy team mate to get along with in his four-and-a-half seasons since replacing 2016 champion Nico Rosberg.

“It's not an easy decision because we know about the qualities of Valtteri's personality, his character, the integration in the team, the driver development of the car and his speed,” said Wolff. “He deserves to race at Mercedes.

“On the other side, George has done this three years at Williams and shown great, great promise and he deserves to have the chance to be in a competitive car at the front of the grid.”

Russell filled in for Hamilton in Bahrain last year, when his fellow-Briton tested positive for Covid-19, and was unlucky not to win.

Hamilton, now 36 and leading Red Bull's Max Verstappen in this year's championship ahead of Sunday's race, is signed up for two more years.