Arteta's task at Arsenal gets no easier with champions City next 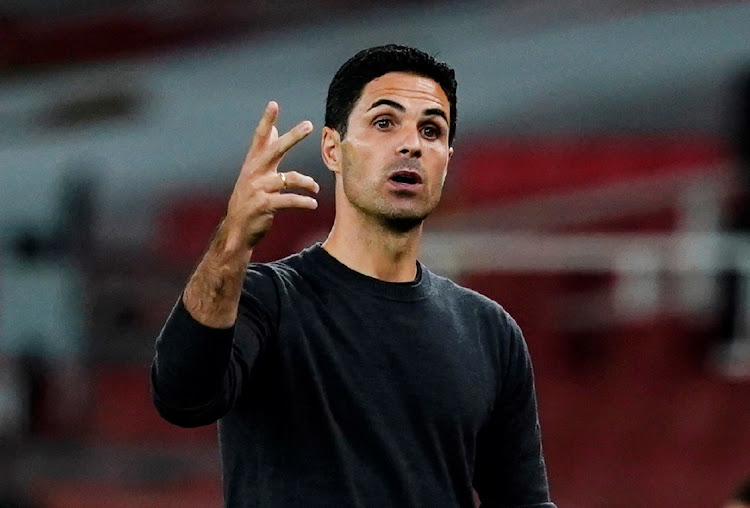 Arsenal manager Mikel Arteta's task does not get any easier with a trip to Premier League champions and former employers Manchester City next on the under-pressure coach's agenda.

Despite ending last season with five straight league wins, Arsenal came eighth for the second campaign in a row, the first time they had finished that low in the table for consecutive seasons since a run of four between 1973-74 and 1976-77.

Saturday's trip to the Etihad Stadium, where City got their season up and running last weekend with a 5-0 thrashing of Norwich, and a ground where Arteta worked as an assistant coach between 2016-2019, is not ideal for the Spaniard.

City are unbeaten in their last 11 league games against Arsenal since a 2-1 defeat at The Emirates in December 2015 and have taken 28 out of a possible 30 points against the Gunners under coach Pep Guardiola.

Belgium international Romelu Lukaku said he has evolved since he last played in the Premier League two years ago and has returned to Chelsea as a ...
Sport
9 months ago

Arsenal have lost each of their last eight league meetings with City, their joint-longest run of consecutive defeats against a specific opponent in their history.

Arteta, however, is not panicking.

“I know they (fans) are disappointed when you lose at home. There has to be some reaction. But this is a project that is going to take some time,” he told Arsenal's website this week.

“You can see and tell from the recruitment what we've done and the really young squad that we have at the moment and it (improvement) cannot happen overnight.”

City were dealt a transfer blow this week with target Harry Kane declaring he will stay at Tottenham Hotspur as the champions remain without a replacement for all-time top scorer Sergio Aguero, who left for Barcelona in the close season.

One team very much on the up are Arsenal's London rivals Chelsea, who also head north, to Liverpool, for a tough encounter on Saturday.

Club-record signing Romelu Lukaku hit the ground running last weekend on his second Chelsea debut in a 2-0 win at Arsenal and is set to lead the line against a Liverpool team revitalised by the return of Virgil van Dijk in the heart of defence. Liverpool and Chelsea have started the 2021-22 league campaign with two wins, two clean sheets and five goals scored, with the pair looking primed to challenge City for the title.

Manchester United will look on Sunday to continue their unbeaten start to the season when they travel to Wolverhampton Wanderers, who are without a point so far.

Top of the table West Ham United are favourites to make it three wins from three on Saturday against Crystal Palace, but the Eagles travel to the London Stadium having lost just twice in their last eight visits.

Brighton & Hove Albion will also look to maintain their perfect start against Rafael Benitez's Everton on Saturday, while Tottenham Hotspur will expect to extend their 100% record at home to promoted Watford.