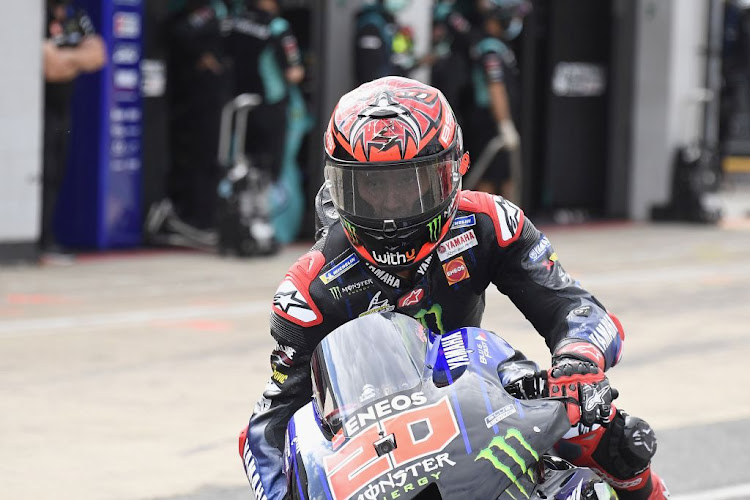 Yamaha’s Fabio Quartararo stormed to victory at the British Grand Prix at Silverstone on Sunday to claim his fifth win of the season and extend his lead at the top of the MotoGP world championship standings.

The French rider, who started from third on the grid, took the lead on lap five and opened up a three-second gap on the chasing pack before cruising home in style to tighten his grip on this season’s championship.

The victory extended Quartararo’s lead over Suzuki’s reigning world champion Joan Mir, who finished ninth, to 65 points at the top of the standings.

Pol Espargaro claimed his first pole position as a Repsol Honda rider after setting the fastest time in qualifying at the British Grand Prix at ...
Sport
1 month ago

Quartararo dedicated his victory to the supporters who had turned out in force to watch the race.

“It’s great to see the fans and share the victory with them,” he said. “I can take more risks now. What I want to do is fight for victories. With a 65-point lead I don’t need to think about the championship.”

“It’s like a dream. I’m super happy,” Espargaro said. “I always believed in the project. I want to enjoy the moment but, believe me, I want more and more. Now that we’re in a good moment, we have to keep working hard.”

Pole-sitter Pol Espargaro took the lead at the start of the race, with his brother Aleix close behind in second, before Quartararo made his move and began pulling clear. Pol finished in fifth place.

Honda’s six-time premier-class winner Marc Marquez crashed out in the first lap along with Pramac Ducati’s rookie rider Jorge Martin after a collision between the two.