F1 returns to Dutch shores despite opposition from environmentalists 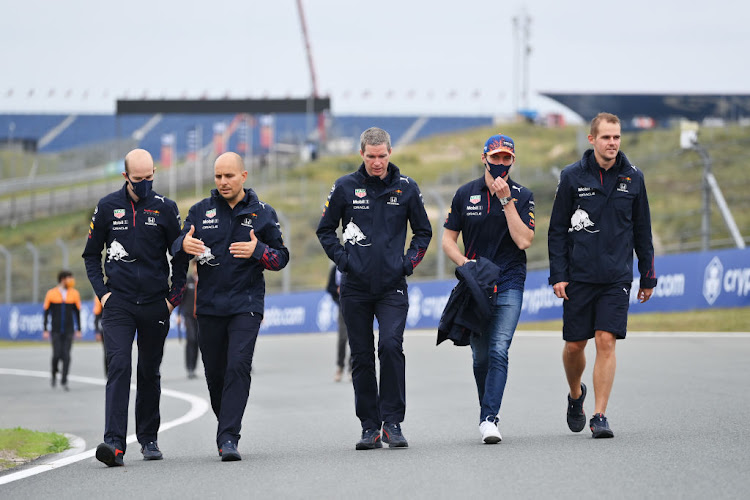 Max Verstappen walks the track during previews ahead of the F1 Grand Prix of The Netherlands at Circuit Zandvoort on September 2, 2021 in Zandvoort, Netherlands.
Image: Dan Mullan/Getty Images

Formula One returns to the Netherlands after 36 years this weekend, thrilling Max Verstappen fans who hope to see their local hero claim victory, but fierce opposition outside the race community still clouds the prospects for the years to come.

Max-mania will reach fever pitch in the small beach resort west of Amsterdam as a sell-out crowd of about 70,000 orange-clad fans per day will roar Verstappen on as he aims to become the first Dutchman to win a home grand prix.

“We could have sold over a million tickets,” circuit director Robert van Overdijk said on the eve of the event, which was cancelled last year due to the Covid-19 pandemic.

The sensational rise of Verstappen, the youngest grand prix winner and the first Dutch contender for the championship, has already painted the stands at races in Belgium and Austria orange, and his welcome promises to be even warmer on home soil.

However, many Dutch are not so thrilled by the return of racing's top class, which they say endangers Zandvoort's precious dune reserve and runs counter to efforts to fight climate change.

Over the past two years, environmentalists and animal rights groups have launched a range of lawsuits in a bid to block the race.

All cases so far were lost, but this has not deterred the activists, who are still seeking ways to block future races.

Mexican Sergio Perez will race on with Red Bull next year alongside Max Verstappen, the Formula One team said in a statement on Friday
Sport
1 month ago

A last effort was dismissed by a court this week, but only on procedural grounds, as the activists' claim that organisers have underestimated the air pollution caused by the race is already being dealt with by a higher court.

“The decision only related to the 2021 race and said nothing about the merits of our case,” environmentalist leader Johan Vollenbroek said.

“Everything is still possible for the coming years.”

But Van Overdijk said he did not fear the legal battles down the road, as he remains convinced that any environmental damage caused by Formula One could always be compensated by limiting other events throughout the year.

“This will not endanger the grand prix,” he said. “We are in it for the long run. We expect this to be the first of at least 10 or 15 editions of the Dutch grand prix.”