Fearless teenagers and hungry qualifiers light up US Open 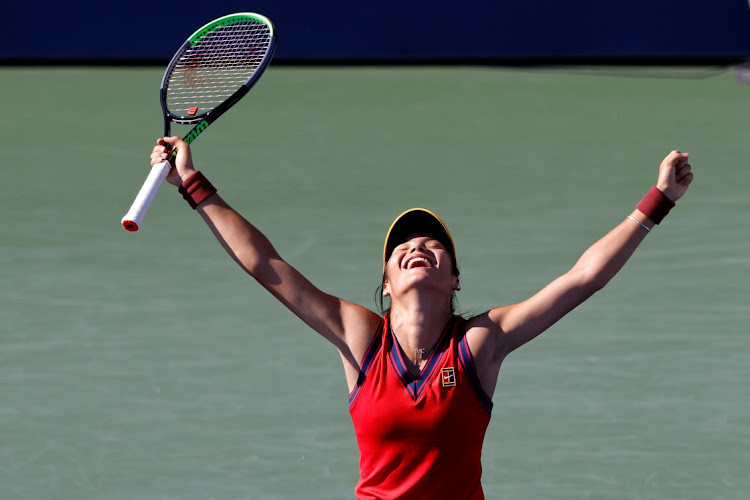 Emma Raducanu burst onto the scene earlier this year by reaching the fourth round at Wimbledon in her first Grand Slam appearance.
Image: GEOFF BURKE

With the old names missing, new faces have taken the spotlight at the US Open as fearless teenagers and hungry qualifiers leave their mark on the year's final Grand Slam.

Injuries have kept the usual headline acts of Roger Federer, Rafa Nadal and Serena Williams off the New York stage this year leaving it to a group of ambitious grinders and newcomers who have had Flushing Meadows buzzing.

“It's a crazy ride,” said Germany's Oscar Otte, one of three qualifiers to reach the fourth round of the men's draw.

“Just unbelievable. I didn't expect that I could come so far. Let's see when this ends.”

South African Lloyd Harris reached the fourth round of a Grand Slam for the first time on Saturday with a 6-4 6-4 6-4 victory over Canadian world ...
Sport
11 months ago

On the women's side of the slam, British 18-year-old Emma Raducanu continued her stunning US Open debut demolishing Spain's Sara Sorribes Tormo 6-0 6-1 on Saturday to reach the fourth round.

Raducanu, who burst onto the scene earlier this year by reaching the fourth round at Wimbledon in her first Grand Slam appearance, will next play American Shelby Rogers, who removed a major hurdle on the path to the quarterfinals, taking out world number one Ash Barty.

“I just realise the hunger and determination to be out there,” said Raducanu.

“It's definitely like once you're out and you just want to keep going and stay as long as possible.

“I think it's the desire and hunger to just stay. I haven't really played on Tour for the whole entire year.

“This whole experience is just so new to me. I think it's the enjoyment factor that I'm getting.”

Joining Raducanu in the fourth round is 18-year-old Canadian Leylah Fernandez who sent a jolt through the Billie Jean King National Tennis Center on Friday when she upset third seed and defending champion Naomi Osaka.

What the young Canadian lacks in experience she more than makes up for with bravado, saying she always expects to win.

“I don't know why finally my game is clicking,” said Fernandez.

“My coach, my dad, is saying be patient, have confidence in your game, it will show in matches.

“From a very young age, I knew I was able to beat anyone, anyone who is in front of me.”

On the men's side, 18-year-old Spaniard Carlos Alcaraz toppled Greek third seed Stefanos Tsitsipas, becoming the youngest player to reach the fourth round of a Grand Slam event since 17-year-old Andrei Medvedev at 1992 Roland Garros.

“I think that to have so many young players coming through is just really great for the game,” said Raducanu.

American Shelby Rogers staged a comeback for the ages to shock world number one Ash Barty 6-2 1-6 7-6(5) on Saturday in the third round of the US ...
Sport
11 months ago

“It just shows how strong this next generation is.

“I think that having so many young players and 18-year-olds, I think we all inspire each other to play better.”

There will be plenty of tennis fans heading for Google or the US Open media guide with a trio of qualifiers popping up in the men's fourth round, as Otte is joined by compatriot Peter Gojowczyk and Dutchman Botic Van de Zandschulp.

“It feels pretty normal, but for me it's not normal of course,” said Van de Zandschulp. “I think I have every match a chance to win.”