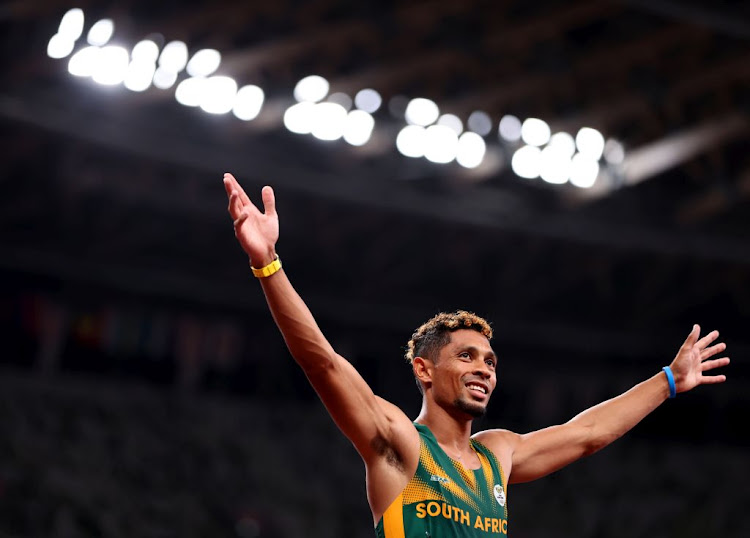 Though he failed to defend his Olympic title in Tokyo, 400 metres world record holder and former World Cup champion Wayde van Niekerk is happy to be competing at the highest level again as he embarks on the road to redemption.

During the Tokyo Olympics in Japan, Van Niekerk suffered disappointment as he failed to qualify for the final after he finished fifth in the semifinals to deal Team SA a huge blow as he was expected to be a medal contender.

The Olympic Games were the first major competition for Van Niekerk who last year returned from an almost three-year layoff as he recovered from a serious knee injury he suffered while playing a touch rugby match.

“I don’t like excuses at all and I think what helped me a lot was taking responsibility,” said Van Niekerk, who was recently named by Discovery as the captain of SA for the 2021 Vitality Running World Cup which is aiming at getting people to be active.

“From being the defending champion and not even making it to the final, there have been lots of disappointments, but I have to overcome them. It wasn’t nice to go through that but who doesn’t love a good comeback story?

“This is my career, this is my reality and I take full responsibility for the last three years that I missed out on competing at a high level. But the positive is that I am here again, I am among the best again and the amount of respect that I receive from my competitors and guys who know what I am capable of achieving has highlighted to me that I do belong on the track again, and among the best in the world again.”

Defending Olympic 400m champion Wayde van Niekerk has been knocked out of the Tokyo Games after finishing fifth in his semifinal.
Sport
1 month ago

Van Niekerk, who is currently based in Florida in the US preparing for the coming season, added that most of his performances since he returned to competitive action have been inconsistent, but he is improving.

“It is about me fixing myself mentally and pushing myself to be in the space where I can be competitive again. I had so much inconsistency this year, some of it was necessary and some of it was unnecessary but you learn from your mistakes.

“When you tell me about the Olympic Games in Paris in 2024, I get a lot of excitement and I am looking forward to these next two years where I can build up towards the next Olympic Games.

“Somehow I want to redeem myself for the challenges and obstacles that I faced this year and a lot of disappointments as well.”