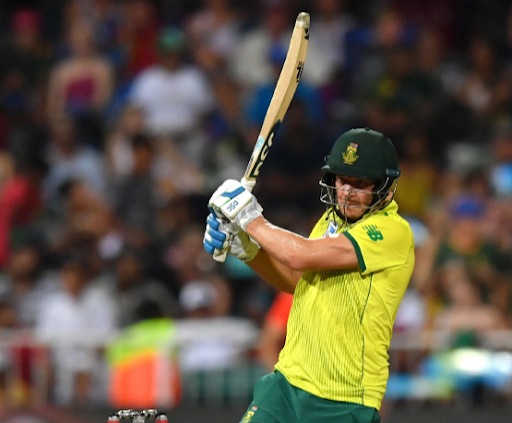 Refreshed and fit again David Miller says playing a three-match T20 series against Sri Lanka on the subcontinent is ideal because next month’s World Cup is going to be played at similar conditions in the United Arab Emirates (UAE) and Oman.

Miller, who has missed the ODI series loss to Sri Lanka, has linked up with the T20 squad in Colombo in time for the opening match on Friday afternoon at the R Premadasa Stadium where they will be looking for a winning start.

“It is hot at the moment in the UAE. I think it’s going to cool down as the World Cup goes on but definitely it is good for us to prepare in these Sri Lankan conditions before we get there,” Miller said.

“The pitches [in UEA] won’t be as slow [as in Sri Lanka] to start with but most certainly they will deteriorate as the competition continues, or one assumes that because there are Indian Premier League (IPL) matches that are going to be played there before the World Cup.”

SA stand-in ODI captain Keshav Maharaj has admitted that the Proteas are in an uncomfortable position on the ICC World Cup Super League table.
Sport
2 weeks ago

Miller, who has overcome a hamstring injury he sustained on the recent tour of Ireland, said SA have been working on playing spin, which is expected to dominate in the UAE.

“Looking back at the last few months, a lot of emphasis for us as the batting unit has been on playing spin where we came up with ideas of how to go about it. I think we have been playing spin really well and these are great conditions for us to prepare before we go to the World Cup.”

The tour to Sri Lanka is the last opportunity for the Proteas before they go to the World Cup, and Miller said the team's target is a positive result.

“Ultimately performances are everything and we want to win this series so we can go to the World Cup with lots of confidence. With what we have gone through over the past few months, it has been huge stepping stone in our T20 campaign,” he said.

“Ultimately at this stage we are pretty set and ready to go in knowing what our roles are before the World Cup.”

Under pressure Proteas coach Mark Boucher has decided to take positives from the 2-1 ODI series defeat to Sri Lanka in Colombo, even though the ...
Sport
2 weeks ago

Miller said he is fit and raring to go after rehabilitation that helped him spend time with his family.

“It’s been a good rest. I got injured in Ireland and I got home and straight into rehab, and it turned out the injury wasn’t as bad as expected. I still have to go through the process and two weeks ago I started running again.

“I have been training really hard and batting nicely. It has been a good process and at the same time it is nice to be back in Sri Lanka with the humidity, though coming from Durban I am pretty at home with the heat.

“Getting used to the conditions takes about two days to adjust and I am ready to go.”