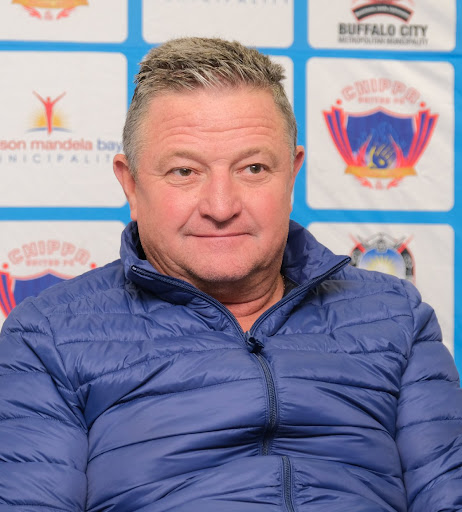 Chippa United head coach Gavin Hunt is expecting a trying match against DStv Premiership debutants Royal AM  when the two sides meet at the Chatsworth Stadium on Sunday (3pm).

Hunt has had a satisfying start to the new season so far, his new team having managed to pick up four points from their two opening matches.

Chippa beat Sekhukhune United 1-0 in the league opener and that result was followed by a goalless draw against PSL defending champions Mamelodi Sundowns.

After the Sundown fixture, the Chilli Boys enjoyed a two-week break courtesy of Bafana Bafana.

“The break has been a bit long — we wanted to play straight away after the Sundowns game,” Hunt said.

“We knew the Fifa break was coming so at least we went into the break with a good frame of mind, but also, it’s a long time not to play a football match, especially when you have just started.

“But it’s the same all over the world so everybody is in the same boat.”

About their opponents, the former Bidvest Wits and Kaizer Chiefs mentor said: “They have a good side in Celtic;  it is pretty much dominated by their players [and] they are the better players.

“It’s going to be tough; obviously they have had time to regroup a little bit.

“They had a bad start [in the league], but that always makes a team very dangerous.

“They are home, so we certainly have to be at it and go in there with a good attitude and see how the game plays out.

“It’s an away game, which is always going to be tough.”

Taking a look at the Chilli Boys’ performance in their two previous league fixtures, the Gqeberha-based side have had a solid defence line, but have come up short when it comes to scoring goals.

Hunt said their biggest struggle at the moment was that they had only one attacker up front.

“Everyone else is either injured or not fit enough.

“We have to solider on and that is it, but the team collectively have been good defensively.

“We created opportunities and as long as we keep creating, that is the most important thing,” he said.