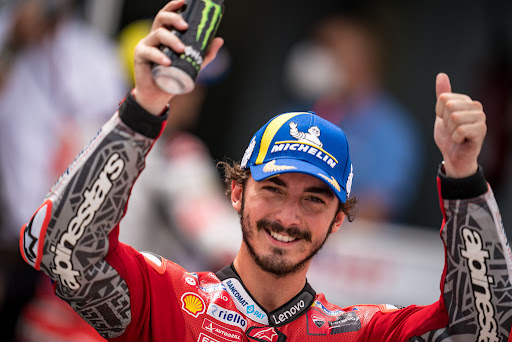 Pole sitter Francesco Bagnaia of Ducati held off a spirited challenge from Honda's Marc Marquez to win his first MotoGP race at the Aragon Grand Prix on Sunday.

Marquez piled on the pressure and tried to overtake Bagnaia seven times with three laps to go but the Italian took the position right back by lunging on the inside each and every time in an epic battle for victory.