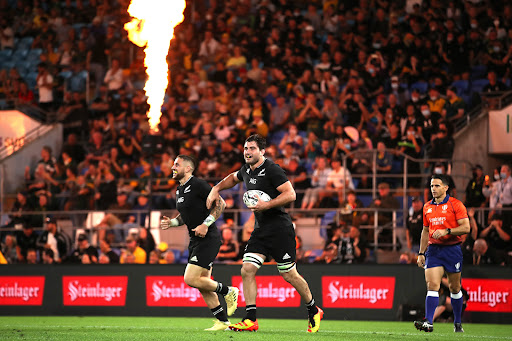 New Zealand blended set piece dominance with stonewall defence to trounce an undisciplined Argentina side 39-0 and claim their third successive win of a perfect Rugby Championship campaign on the Gold Coast on Sunday.

With a string of key players absent or rested, some fringe All Blacks had their chance to shine, with number eight Luke Jacobson grabbing two second half tries and recalled winger Sevu Reece scoring one in the first half of a menacing display.

Utility back Rieko Ioane and flanker Dalton Papalii also had tries in the opening stanza as the relentless All Blacks recorded their third bonus point win of the tournament.

The Mario Ledesma-coached Pumas gave up two yellow cards in the match and have now failed to score in two successive tests against the All Blacks, having lost 38-0 in last year's Tri-Nations.

Head coach Mario Ledesma is not expecting New Zealand to underestimate his Argentina side for a second time when they face off in The Rugby ...
Sport
6 days ago