Hamilton and Verstappen will not back off, says Brawn 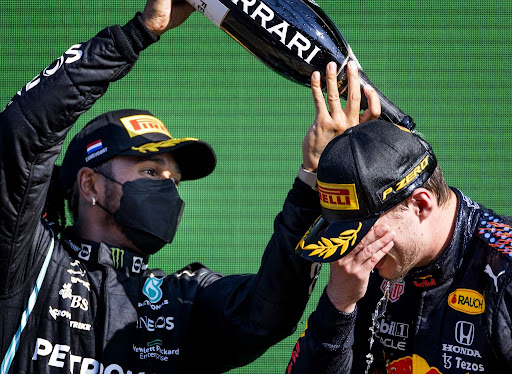 Lewis Hamilton vs Max Verstappen – one of the best F1 rivalries of the modern era.
Image: ANP Sport via Getty Images

The title battle between Lewis Hamilton and Max Verstappen is likely to stay full-on to the end of the season despite the pair crashing into each other at Monza, Formula One boss Ross Brawn said on Monday.

Italian Grand Prix stewards deemed Red Bull's championship leader Verstappen was at fault for Sunday's collision and handed the Dutch youngster a three-place grid penalty for the next race in Russia.

Brawn, a former Honda and Mercedes team boss and ex-Ferrari technical head, said fans were sure to be split on who was to blame.

“It’s clear both drivers could have avoided it,” he said in his regular post-race column on the official website. Ultimately, I think it’s another consequence of two guys going head to head and not wanting to give an inch.

“Personally, I wouldn’t say it has changed the dynamic. You’ve got two cockerels in the farmyard at the moment and we are seeing the consequence of it.

“I don’t think either will back off at any moment for the rest of the year but I hope the championship is won on the track not in the barriers or the stewards' room.”

Australian Daniel Ricciardo won the Italian Grand Prix in a stunning McLaren one-two with Lando Norris at Monza on Sunday while Formula One title ...
Sport
5 days ago

Sunday was the second big clash between the two in the space of five races after earlier wheel-to-wheel incidents.

At the British Grand Prix in July, Verstappen crashed at speed and ended up in hospital for checks while Hamilton went on to win in front of his home fans.

“It shook up the order and led to a slightly evolved grid, which in turn created a different dynamic in the race,” he said.

“I think it offers a lot — and we still have a track to try it on. Then we’ll make an objective assessment and work out a way forward.”

He said the Italian Grand Prix also delivered “the strongest ever weekend streaming numbers we’ve ever seen on our OTT platform F1TV”.