Bagnaia holds off Quartararo to win at San Marino 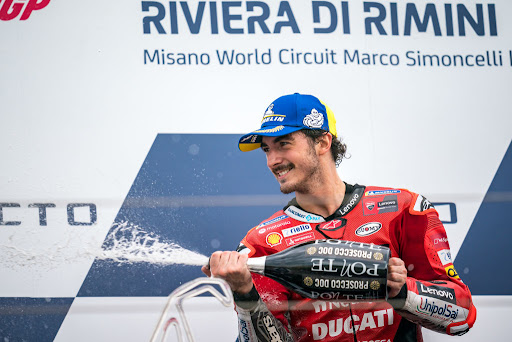 Pole-sitter Bagnaia led by 2.7 seconds at one stage before Quartararo closed the gap in the final laps, cutting the Italian's lead to two-tenths of a second.