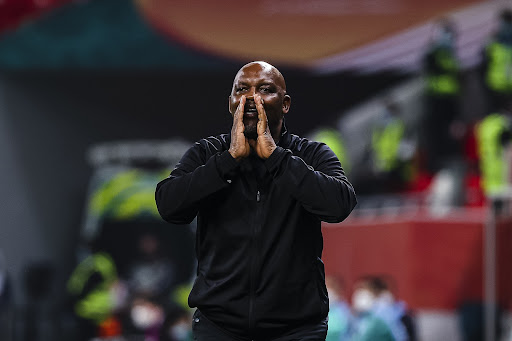 Ahly fined each player, coach Pitso Mosimane and his staff, and director of football Sayed Abdelhafiz 300,000 Egyptian pounds (R280,000) for the defeat.

The Cairo giants did not waste time making the fine public, announcing it in a brief statement on their official website.

The statement read: “Mahmoud El Khatib, Al Ahly's president, decided to impose a 300k fine on Al Ahly players, director of football and the coaching staff after the disappointing performance in the Egyptian Super Cup on Tuesday, despite the great support that the team receives to achieve titles and meet the expectations of the fans.

Al Ahly coach Pitso Mosimane says the powerful and well resourced Uefa must step in and assist Caf to improve football facilities on the continent.
Sport
2 months ago

“Also, the administrative staff and the medical staff will be subjected to a fine that is relative to their salaries.”

Some pressure has been building on Mosimane despite Ahly defending their Caf Champions League title with a 3-0 win against Kaizer Chiefs in the final in July.

That Mosimane brought a first Champions League title in seven years, joining from the semifinal stage in a shock move from Mamelodi Sundowns in September of the Covid-19-delayed 2019-20 season, then defended it, has bought the coach much support at Ahly.

Mosimane’s recent signings, including Percy Tau from Brighton & Hove Albion, have shown intent to build Ahly towards the golden generation of the 2000s and early 2010s.

Bafana Bafana coach Hugo Broos has beefed up the Orlando Pirates contingent in his preliminary squad for next month’s crucial 2022 World Cup ...
Sport
2 months ago

And Ahly fans have also given the coach latitude that the league setback in 2020-21 was at least partly due to the number of matches the Red Devils played due to winning bronze at the Fifa Club World Cup, and reaching the Champions League final.

But the Super Cup against Egyptian Cup runners-up El Gaish (Ahly were the champions), who ended eighth in the league, was supposed to provide an opportunity for a trophy-winning reprieve for Mosimane and Ahly.

Normal and extra time did not go Ahly’s way, ending 0-0, and El Geish won the shoot-out 3-2 to lift their first-ever trophy.