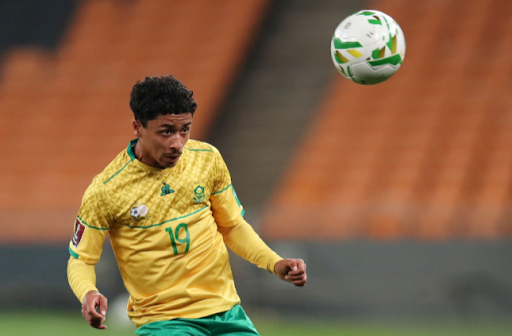 TS Galaxy's exciting teenager Ethan Brooks has said he was sad to see head coach Owen Da Gama leave but is confident that the team can move off the bottom of the table under the leadership of Shaun Bartlett.

The 60-year-old Da Gama was fired on Monday, a day after a 4-2 away defeat to Royal AM left the Rockets bottom of the DStv Premiership log standings on two points from a possible 15. Da Gama was replaced by his 48-year-old assistant Bartlett.

Brooks was given an opportunity by Da Gama and the 19-year-old attacking midfielder said he has learnt a lot from the ex-Platinum Stars, Bloemfontein, Free State Stars, Orlando Pirates and Highlands Park coach who helped him secure an early breakthrough in both the Bafana national team set-up and the Premiership.

“Yeah it is sad. I mean he did give me an opportunity to start with my career in the Premiership. So it is really sad to see him leave, but I have learnt a lot from him,” said Brooks, who was this week named by Belgian coach Hugo Broos in the 23-member Bafana squad for back-to-back Qatar Fifa World Cup qualifiers against Ethiopia home and away on October 9 and 12.

Bartlett has already taken charge of three training sessions and there will be more before Galaxy’s next match at home against Sekhukhune United at Mbombela Stadium in Nelspruit on Saturday at 3pm.

Owen Da Gama has become the first DStv Premiership coaching casualty after he was fired as TS Galaxy coach following a difficult start to their ...
Sport
4 weeks ago

Brooks said Bartlett, who promoted Lamontville Golden Arrows back to the Premiership five years ago and was Gavin Hunt’s assistant coach at Kaizer Chiefs last season, has already introduced new means ahead of the visit of Sekhukhune as Galaxy search for their first win of the season.

“He is very big on having a lot of football knowledge and that is what I am learning now from him as the coach,” said Brooks. “That is very important for me and everyone else around here. He is bringing in new methods.”

After they held Kaizer Chiefs to a goalless draw in their opening league match, Galaxy were beaten by champions Mamelodi Sundowns, Stellenbosch and Royal AM, and drew 2-2 against Arrows.

Two points out of a possible 15 was too much to take for owner-chair Tim Sukazi, who pulled the trigger after just five matches into the new season.

Brooks said the team is confident they can turn things around under Bartlett’s tutelage.

“It is the first five games and we have not started well but I hope, and so do the other guys, that we can turn it around.”

Teenage sensation Ethan Brooks’s second call-up to the Bafana Bafana squad to do duty in the Qatar Fifa World Cup qualifiers will inspire a lot of ...
Sport
3 weeks ago

Da Gama found Galaxy struggling in 13th position on eight points after 10 matches when he joined them in January and led them to a respectable ninth finish, missing out on qualification for the R8m MTN8 tournament to Kaizer Chiefs because of an inferior goal difference by two goals.

Even with Da Gama now history and a new sheriff in town, Brooks said Galaxy have what it takes to get themselves out of a hole.

“Everyone does have hope, including myself, and it is just about a change of mindset for everyone here.

“With that mindset that we have hopefully we can change things around.”