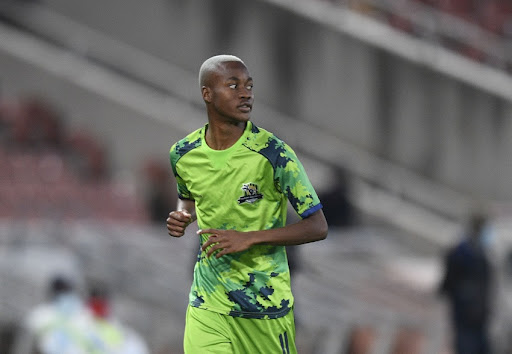 Marumo Gallants attacking midfielder Katlego Otladisa says he is having the time of his career in the DStv Premiership after years of frustration.

The cheeky midfielder, who joined the Limpopo outfit at the beginning of the 2021/22 season, has played a key role in his side's domestic and Caf Confederation Cup recent run. Enjoying his best spell of form at Gallants, the former Platinum Stars player is adamant that he’ll one day break it into Bafana Bafana coach Hugo Broos’ squad. The 26-year-old credits a growing familiarity with coach Sebastien Migne’s playing style and his teammates for his progress.

“The fact that I haven’t been playing top-flight football on its own is pushing me and making me enjoy every single moment and chance I’m getting,” he said. “Helping the team to win is priority.

“The coach has been pushing me, giving me tough love but only because he believes in me and wants me to enter into the next level of my game. And doing well in the Caf Confederations Cup, obviously, I would like to get goals and assists.”

Otladisa has admitted that it is his dream to wear the national team colours one day. He hopes Bafana play well in the coming World Cup qualifiers against Ethiopia, Ghana and Zimbabwe.

“It’s every players dream to be part of the Bafana set-up and represent their country,” he said. “At the moment the squad has been selected and I can support the players who are selected and give them confidence.”

Otladisa remembers where it all started and said credit should be given to his former amateur side Rustenburg Athletico.

“Rustenburg Athletico,  which played in the SAB league during most of my development, I honestly give credit to them,” he said.