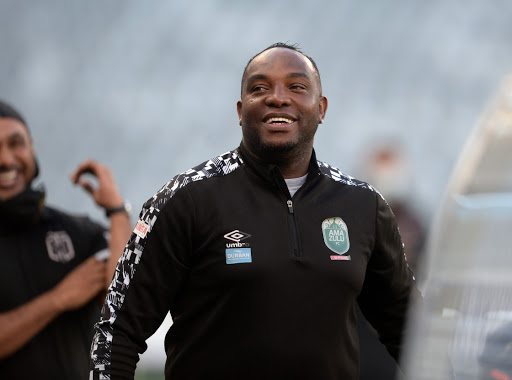 AmaZulu coach Benni McCarthy says their first win in the current DStv Premiership season over Baroka last week has rejuvenated his team after a worrying start where they got three points form a possible 12.

Usuthu started the league campaign with a loss to defending champions Mamelodi Sundowns and that was followed by three consecutive draws with Swallows, SuperSport United and Golden Arrows to pile pressure on McCarthy.

Last weekend’s 1-0 win over Baroka has eased pressure, but the all-time Bafana Bafana leading scorer wants his charges to maintain momentum when they take on Kaizer Chiefs at Kings Park in Durban on Saturday.

“Yes, we tasted a win against Baroka and now we want to continue because we don’t want that momentum go to waste,” he said about their meeting against Amakhosi, who are languishing fourth from the bottom with five points from as many matches.

“We are finding our groove and we want to maintain it but we know we are up against a fearsome team in Chiefs, who have incredible players. On their day, they can punish or hurt any team.

“But if you are prepared and you get them on a day where they are not at their best, then you might hurt them like some other teams have done this season. We know Chiefs have the capability to bounce back because they have players with big match temperament and we are expecting a tough match.

“The win over Baroka was a huge morale booster for us because when the schedule came out and there was Cape Town City, Sundowns, Swallows, SuperSport, Golden Arrows, Baroka and Chiefs, I said, 'They want to send us to our death bed very soon'.

“But when you win one game and you move from 13th spot to seventh, it's a hell of a jump and shows how tough and difficult the league is because three points can make you jump that much.”

McCarthy said AmaZulu have analysed Chiefs but most of the focus in their preparations was on themselves.

“There are no easy matches in this league. Every team shows the quality and fantastic players they have. When you prepare, you always prepare for the big one, so Chiefs with their history in SA football, they are the big one.

“We prepare the way we do for every single match, try to focus on ourselves more and we fix what we need to fix and what we need to get to our best. Most of the time we are in control and we will analyse and study the opposition but also try not to worry too much about them.

“We must make sure we don’t play into their hands and their strengths and we must make the most of a game at home. We need to set the standard, we need to control the pace of the game and that’s why we have to focus on ourselves a lot.”