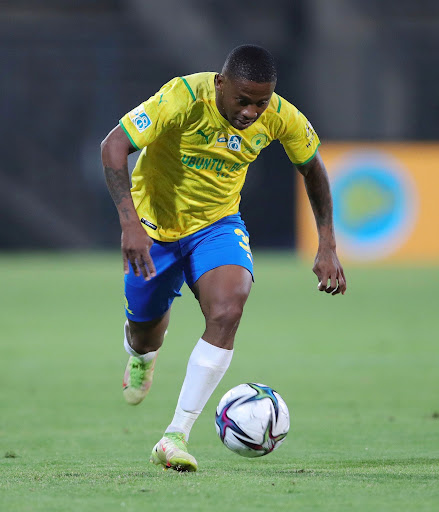 BAD TIMING: Mamelodi Sundowns’ Thabiso Kutumela will not travel with the Bafana Bafana to Ethiopia in case he has a reaction after being vaccinated.
Image: BACKPAGEPIX/ SANUEL SHIVAMBU

On the eve of Bafana Bafana’s double-header Qatar 2022 World Cup qualifiers against Ethiopia, head coach Hugo Broos has called out football stakeholders for sabotaging the national team and not wanting them to succeed.

Broos’s side fly to Ethiopia on Thursday to square off with their East African opponents at the Bahir Dar Stadium on Saturday (3pm), before returning for the home leg at the FNB Stadium on Tuesday (6pm).

SA are on top of Group G with four points after picking up a point against Zimbabwe and three against Ghana during the international window break in September.

With the Bafana squad in camp this week, Sundowns organised for their striker Thabiso Kutumela to get a Covid-19 vaccine which an upset Broos said would risk his selection in the immediate future.

The Belgian tactician listed all his grievances experienced since taking over the national team which include friendlies being cancelled, not having access to a DStv Premiership match between Orlando Pirates and Sundowns, Goodman Mosele being a no-show at the camp and Kutumela’s vaccination.

“Yesterday, I was a frustrated coach, because I get the feeling that some people in this country don’t want Bafana Bafana to be a successful team,” Broos said.

“Let’s go back three months ago. I wanted to organise two friendly games, then suddenly there was a game in the middle of the camp; they had organised it; it was against the rules of Fifa; I had to cancel my friendly game for that.

“Then there was the incident with Orlando Pirates, where my assistants and I were not allowed to watch the game.

“Then yesterday (Monday), Sundowns organised a vaccination for Thabiso Kutumela.

“They organised the vaccination during a camp. He couldn’t refuse it; his club pays him.

“Because Kutumela was not there for other reasons I had to change my programme for the morning. I had no meetings with the player, because not all of them were there.

“The most important reason that made me angry was that, if you get a vaccine, you can have symptoms.

“It’s possible that Thabiso, today or tomorrow, can have symptoms. So I can’t take him with me to Ethiopia.

A visibly angry Bafana Bafana coach Hugo Broos has said there are people who do not have the best interests of the national team at heart after he ...
Sport
2 weeks ago

“I have a feeling that club level in this country is more important than Bafana Bafana. Clubs have to understand that they are advantaged if it goes well with Bafana Bafana.

“The value of the players increases when you have a good national team,” Broos said.

The coach added that he was disappointed with Mosele as he had failed to report for duty and could not be reached.

“He is unreachable. We tried to phone him and we don’t know whether he was on his way or not so I had to replace him.

“It was a big surprise for me that a player doesn’t come to the national team.”

Otherwise, Bafana travel to Bahir Dar, with a near clear bill of health.

Mamelodi Sundowns defender Musa Lebusa remains the only injury omission after he was sent back to the club with a quad strain and replaced by SuperSport United’s Luke Fleurs.