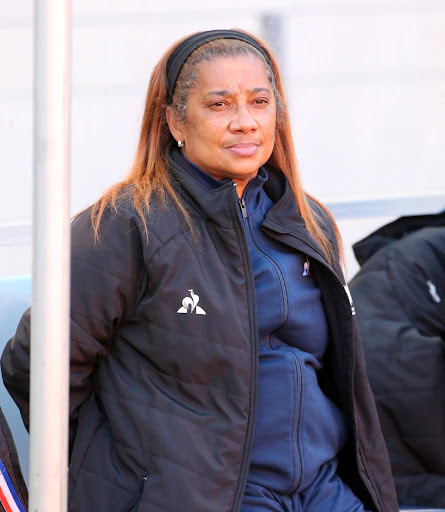 Banyana Banyana will need to turn up the heat in the semifinals of the Cosafa Women’s Championship, coach Desiree Ellis said.

Though pleased with her team’s 3-1 victory over Mozambique on Monday, the long-time mentor believes her team must lift their game if they are to progress past the semis.

The win saw Banyana finish top of Group A with seven points after two wins and a draw.

But, most importantly, the win has kept alive SA’s hopes of defending their title

SA will be up against the best runner-up in the group stages of the competition at the Nelson Mandela Bay Stadium in Gqeberha on Thursday (3.30pm).

The scoreline did not do justice to the effort Banyana put in against Mozambique, with their biggest letdown being their inability to put the ball in the back of the net.

Banyana Banyana coach Desiree Ellis will be looking for an improvement from her team in key departments, but said she was satisfied to start with a ...
Sport
3 weeks ago

Credit should also be given to Mozambique goalkeeper Eva Costa who made things difficult for the hosts.

Former Banyana star Ellis said there were no second chances in the semifinals.

“We have got to be better in all departments.

“[With] our defending against Angola we had a clean sheet, but we haven’t really kept a clean sheet other than the 0-0 draw.

“We know that if we can keep a clean sheet we are always going to create, but we have got to be better in the final third at times.

“Decision-making as well, because with the chances that we had we could have been out of sight.

“We started very well. We could have been 2-0 up, I think, in the first five or 10 minutes with two very good chances.

“When we scored, we almost took our foot off the pedal and that is [when] you need to take control and make sure that you play to your tempo and force the opponent to adapt.

Banyana Banyana had to work themselves ragged to produce chances against a big, physical Angola, but then were wasteful in front of goal and had to ...
Sport
3 weeks ago

“We knew that Mozambique were going to come at us. We have seen their games.

“They don’t give up and we were talking on the bench saying we needed that second goal.

“We had plenty of opportunities to get that second goal and then we defend very poorly to concede. Then we are chasing the game again.

“But we knew that we needed to win and we had it in our own hands.

“The resilience showed by this team, the character and the mental strength is second to none.

“A lot of them [players] come from the Buhari.

“A lot of them are being mentally and physically challenged, but I think everyone who played today stood up,” Ellis said.