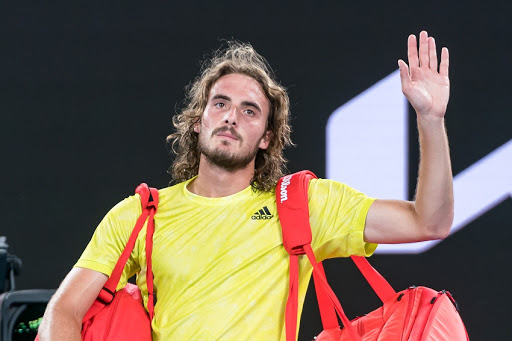 Stefanos Tsitsipas says he is more experienced than he was in his previous Wimbledon appearances.
Image: GETTY IMAGES/ ANDY CHEUNG

World number three Stefanos Tsitsipas recovered from a shaky start to defeat Italy's Fabio Fognini 2-6 6-3 6-4 on Tuesday and reach the last-16 at Indian Wells for the first time.

Fognini got off to a strong start by breaking Tsitsipas in the first game and breezed through the opening set thanks to his brilliant return of serves.

But French Open runner-up Tsitsipas clawed his way back into the contest on the back of a strong first serve to win the second set and force a decider.

The Greek second seed then completed the comeback victory to seal his place in the next round against Alex De Minaur, who defeated Cristian Garin in their third-round match.