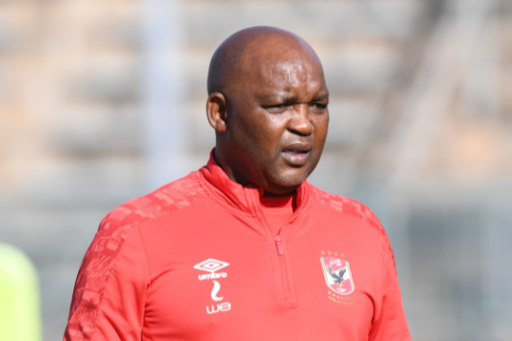 Egyptian giants Al Ahly have confirmed that coach Pitso Mosimane will stay on at the club at least until the end of the current season.

Mosimane's future at the Egyptian powerhouse has been the subject of furious speculation over the past few months and there were whispers  that the revered SA coach, who recently led the Cairo-based club to back-to-back Caf Champions League titles since joining the hard-to-please North African side more than a year ago, was on his way out.

But Al Ahly have finally set the record straight and head of transfers and marketing Amir Tawfik said in a statement that he met with Mosimane this week and a decision was reached for him to stay on until the end of the 2021/2022 season.

Tawfik said Mosimane did not ask for a salary increase, as it was widely speculated across the continent, and that the club wants him to stay because the Egyptians are convinced by his ability to fulfil the goals and expectations of Al Ahly fans.

According to the club’s website, Mosimane expressed his happiness to continue working at Al Ahly and stated that he wants to complete the goals he set out to achieve at the African Club of the Century.

Tawfik concluded by saying that the discussions were conducted in a friendly manner and that both parties agreed on settling all the matters by the end of the current contract.