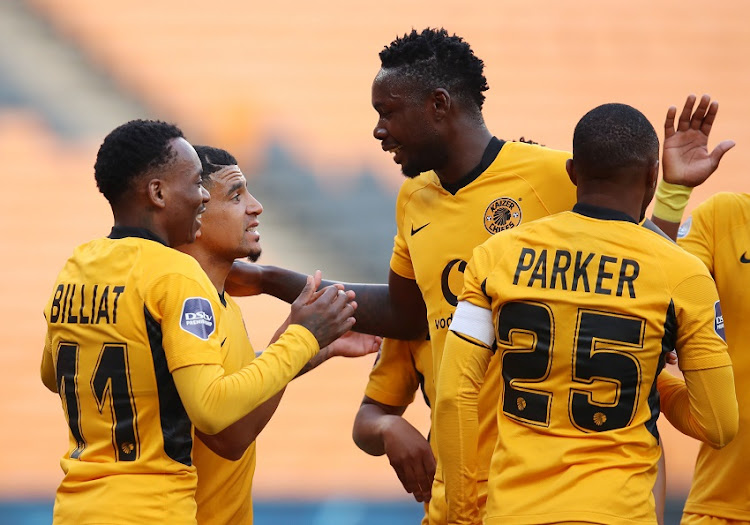 Dolly, who joined Amakhosi before the start of the season from French side Montpellier, dazzled with a well-taken first half brace and Billiat and Lazalous Kambole scored a goal each in the second half in this match that turned out to be a rout.

Dolly and Billiat were the architects of this much needed victory that ensured that Motaung had the happiest of birthdays celebrations and the club stormed into the top eight on the log.

Dolly’s sparkling performance was in front of Bafana Bafana coach Hugo Broos who has made it clear that the door has not been closed on any of the national team’s ‘old guard’.

This was a much needed win for Chiefs as they went into match under pressure following a lean run of four matches without a win where they suffered two losses and as many draws.

It is not looking good for Chippa coach Gavin Hunt, who is definitely a candidate for the next coach to be fired, because they have gone six league matches without a win.

It turned out to be a ruthless and all-round performance by Amakhosi who scored four goals against this modest Chippa side who simply did not have the answers to the questions they were asked.

This match had an interesting irony for Hunt as the last time he was at FNB Stadium he lost to Chippa United as the coach of Chiefs and he was punished by his former player at Bidvest Wits Bienvenu Eva Nga.

More irony was that Eva Nga started on the bench for Hunt.

The other interesting fact was that Bernard Parker featured in his 264th league match to be tied with Tinashe Nengomasha as players who have featured in the fourth most number of league games in the PSL era for Chiefs.

Parker is also one goal away from becoming the all time highest scorer for Amakhosi in the PSL era and he will have a chance to achieve this milestone against SuperSport United on Sunday.

The first notable chance was for Chippa after eight minutes when midfielder Athini Jodwana rifled a shot from outside the box but Chiefs goalkeeper Daniel Akpeyi was equal to the task.

Amakhosi did not take Chippa’s threat kindly as they responded swiftly to open the scoring four minutes later after Billiat dispossessed Veluyeke Zulu before laying the ball to Dolly who riffled the ball into the net.

Amakhosi took firm control of the match with the second goal just after the half hour mark with a breathtaking attacking move that involved impressive Dolly and Billiat.

Billiat delivered a defence splitting pass into space but Parker, who was offside position, left the ball for Dolly who toyed with Siphesihle Mkhize before placing the ball beyond the outstretched hands of Rashid Waitenga.

Then, Billiat and Kambole, who has been struggling in front of goals, put this match beyond doubt late in the second half to deny Chippa the status of birthday party poopers.