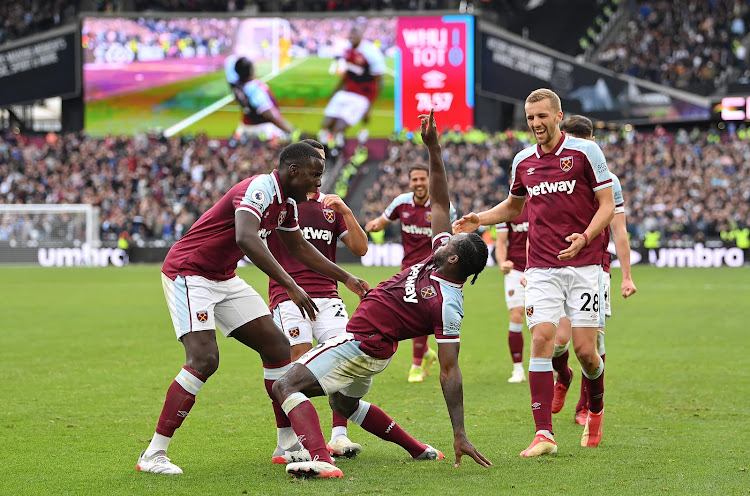 Striker Michail Antonio celebrates with his West Ham United teammates after scoring the only goal of the match.
Image: @premierleague/Twitter

West Ham United handed Tottenham Hotspur their fourth defeat in a Premier League London derby this season as Michail Antonio scored a second-half goal to earn his side a 1-0 win on Sunday.

West Ham moved up to fourth with 17 points while Spurs -- who also lost to Crystal Palace, Chelsea and Arsenal -- fell to sixth as Nuno Espirito Santo's side failed to test the home side's goal in the second half.

Both teams had plenty of chances in the first half, with West Ham dominating but failing to convert their opportunities while Spurs' best shots on goal were hit straight at goalkeeper Lukasz Fabianski.

Antonio was rewarded for his hard work when he scored from a corner in the 72nd minute.

The striker was marked by Harry Kane who failed to deal with Antonio as he stuck a foot out to divert Aaron Cresswell's pinpoint cross into the net.

Steve Bruce has left his position as Newcastle United manager by mutual consent, the Premier League team said in a statement on Wednesday, two weeks ...
Sport
7 months ago