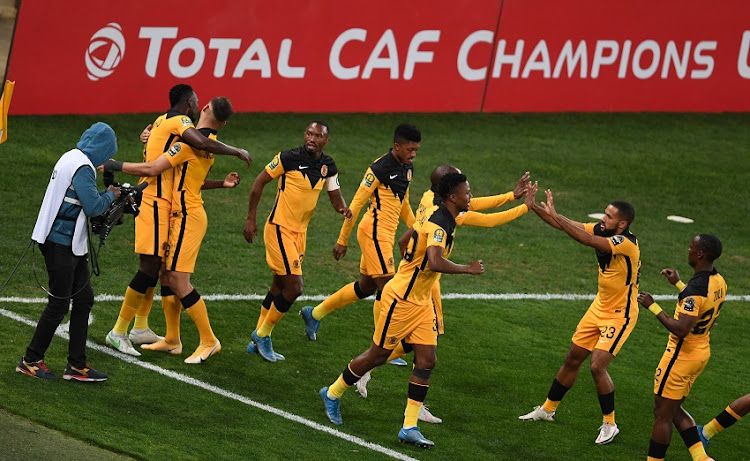 Bernard Parker led from the front to power Kaizer Chiefs to a first win over SuperSport United since December 2018.
Image: Lefty Shivambu/Gallo Images

Bernard Parker scored twice against SuperSport United in Atteridgeville on Sunday evening to power Kaizer Chiefs to the top five on the DStv Premiership standings and end the Tshwane side’s unbeaten run in the topflight.

Man-of-the match Parker put Amakhosi ahead on the stroke of half time and while Njabulo Ngcobo’s own goal brought SuperSport level, the veteran former Bafana Bafana striker pounced again shortly after the restart to give Chiefs maximum points at Lucas Moripe Stadium in the nation's capital.

Playmaker Keagan Dolly underlined his growing influence in the Chiefs attack as he set up both goals for Parker.

Chiefs coach Stuart Baxter will be a concerned man after Parker had to be pulled off midway through the second half with a hamstring strain that the Briton will hope clears before Amakhosi host unbeaten Stellenbosch on Tuesday.

It will be a classic case of the apprentice against the former master when Kaitano Tembo comes face to face with Stuart Baxter during their DStv ...
Sport
7 months ago

Chiefs started the match in ninth position and are now fifth on 12 points from eight matches, seven points behind leading champions Mamelodi Sundowns.

SuperSport remain in second place with 15 points and will be determined to bounce back against high-flying third-placed Royal AM.

It is a second successive win for Chiefs after they crushed Chippa United 4-0 last week in a match where Dolly helped himself to two goals and an assist as Amakhosi built momentum.

It is also Chiefs' first win over SuperSport since December 2018 after Kaitano Tembo did the double over Gavin Hunt’s team last season.

But Chiefs are now unbeaten in four Premiership matches and will be looking to continue their upward trajectory with Soweto rivals Orlando Pirates looming large straight after the visit of Stellenbosch.

On the auspicious occasion of the 77th birthday of Kaizer Chiefs founder and chairman Kaizer Motaung, Keagan Dolly and Khama Billiat produced ...
Sport
7 months ago

Baxter started the match with what looked like a 3-4-3 formation with three centre-backs and two wing-backs, with the attacking trio of Khama Billiat, Dolly and Parker lurking behind.

SuperSport and Bafana goalkeeper, and captain, Ronwen Williams will be beating himself up for being beaten at his near post in the first goal.

But there was very little Williams could have done to prevent the second goal as his defenders were caught cold after the restart.

The Amakhosi fans will be chuffed by the seeming understanding between Dolly and Billiat, who are looking to rekindle the deadly combination that saw them terrorise defenders with Sundowns on their way to winning the 2016 Caf Champions League.