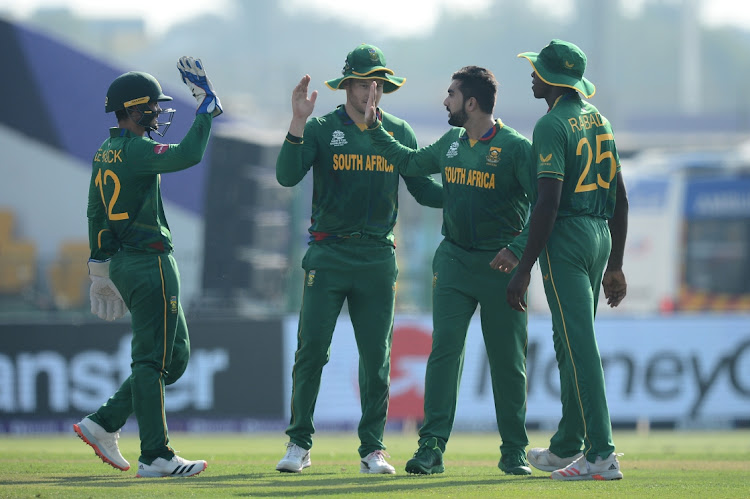 The Proteas will have to beat England on Saturday to have a chance of qualifying for the T20 World Cup semifinals.
Image: Isuru Sameera Peiris

With one match remaining in the group stages of the ICC T20 World Cup, the prospect of SA qualifying for the semifinal stage is not entirely in their own hands.

The Proteas take on tournament favourites England on Saturday at the Sharjah Cricket Stadium where even victory could see them crash out of the tournament.

As things stood in Group 1 on Thursday, SA were sitting in second spot with six points from four matches and a net run rate of 0.742 and faced with the situation of having to beat England and hope for the best.

After they lost their opening match against Australia, the Proteas bounced back strongly with wins over the West Indies, Sri Lanka and Bangladesh to remain in contention for the semifinals but their fate is still not in their own hands.

Former Proteas opening batter Alviro Petersen says the South African top order must fire on all cylinders when they take on England in the must-win ...
Sport
2 months ago

Looking at other permutations, the Proteas could theoretically lose their last match and still make it to the semifinals but they would be relying heavily on other results and hoping NRR remains in their favour.

Conversely, they could win their remaining match and still not make the next stage with the possibility of all three teams — England, Australia and themselves — finishing on eight points.