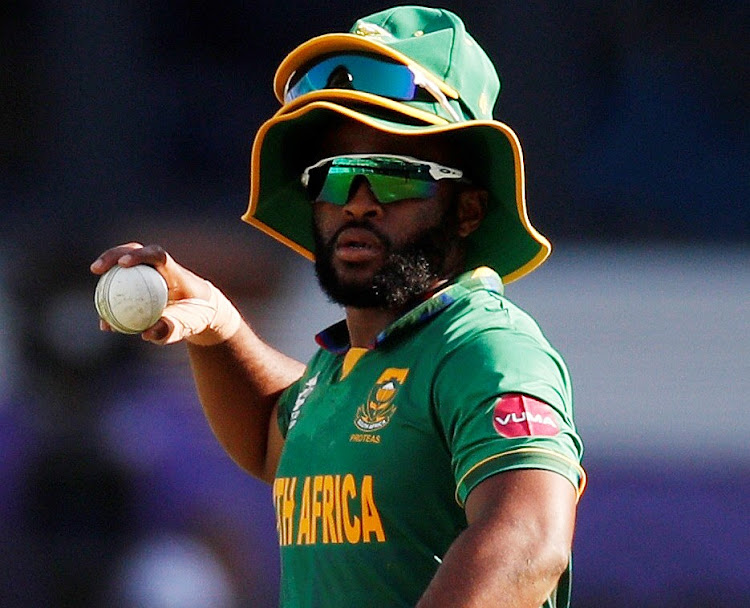 Proteas captain Temba Bavuma has acknowledged their fate to qualify for the semifinal stage of the ICC T20 World Cup in the United Arab Emirates (UAE) is not in their own hands.

SA take on high-flying England in their must-win last match of the group stages at the Sharjah Cricket Stadium on Saturday, where even a victory may not be enough to see them progress.

The Proteas go into the match placed third in Group 1 behind Australia, who will significantly improve their better run rate with a comprehensive win over already eliminated West Indies, also on Saturday.

“We obviously understand that with Australia number two in our group with a superior run rate, there is not much I guess we can do from that point of view,” Bavuma said in his pre-match press conference on Friday.

Faced with this situation, Bavuma said SA have to win handsomely against England while hoping West Indies beat Australia.

“In the context of the event we are at, tomorrow is obviously a big game. Some have even called it a quarterfinal. From that point of view and looking at our expectations as a team in this event, we want to play our best cricket tomorrow. First point of call will be to win the game.”

Former Proteas opening batter Alviro Petersen says the South African top order must fire on all cylinders when they take on England in the must-win ...
Sport
7 months ago

Bavuma said SA have grown and learned much from the tournament, where they started with a defeat to Australia and last week were rocked by the debacle of Quinton de Kock refusing to take the knee and withdrawing from the game against West Indies.

“Obviously the team has gone through a lot over the last while — players, members of management — and I think we have learned a lot as a team to find ways to get through all the tough times we have gone through collectively.”

England have won their four matches so far and boast one of the tournament’s highest run-scorers in explosive Jos Buttler, who has the highest score with an unbeaten 101.

“Every game we always speak about going out and fighting as a team. We don’t rely on individual players, but it’s all about working together as a team,” Bavuma said.

“Tomorrow against England it won’t be any different. We will show the same character and same fight we have shown throughout the tournament.”

For SA to cross the line they will rely on De Kock, Rassie van der Dussen, Bavuma, Aiden Markram and David Miller to do the damage with the bat.

With ball in hand, coach Mark Boucher will be pinning his hopes on all-rounder Dwaine Pretorius, fast bowlers Anrich Nortjé and Kagiso Rabada and spinners Tabraiz Shamsi and Keshav Maharaj.