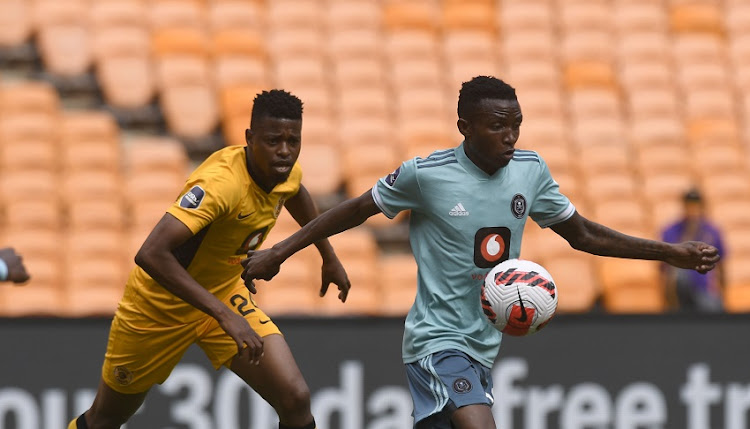 Chiefs come into the clash having suffered a 1-0 home defeat at the hands of Stellenbosch FC in midweek, with a stunning Ashley Du Preez goal giving the Cape side a hard-fought but deserved victory at Soccer City.

Pirates, meanwhile, may have claimed a 2-1 home win over Sekhukhune United in midweek, but they have notched only two more points than Chiefs this season.

72’ | Billiat is booked for time wasting

70’ | Mabaso makes way for Terrence Dzvukamanja, while Bandile Shandu and Tshegofatso Mabasa come on for Hotto and Peprah

60’ | The first change is made by the visitors, with Dlamini coming on for Makhubela

42' | Industrious Hotto tries to find a way through the Chiefs defence, but is quickly outnumbered

4’ | Mntambo shoots from range and it goes over the bar

2' | Billiat attacks Pirates goal, but his shot takes a deflection and is out for a corner

1’ | The long-awaited battle between Chiefs and Pirates gets underway

Pirates, under co-coaches Mandla Ncikazi and Fadlu Davids, are in sixth position with 14 points from nine matches — three wins, five draws and one defeat.