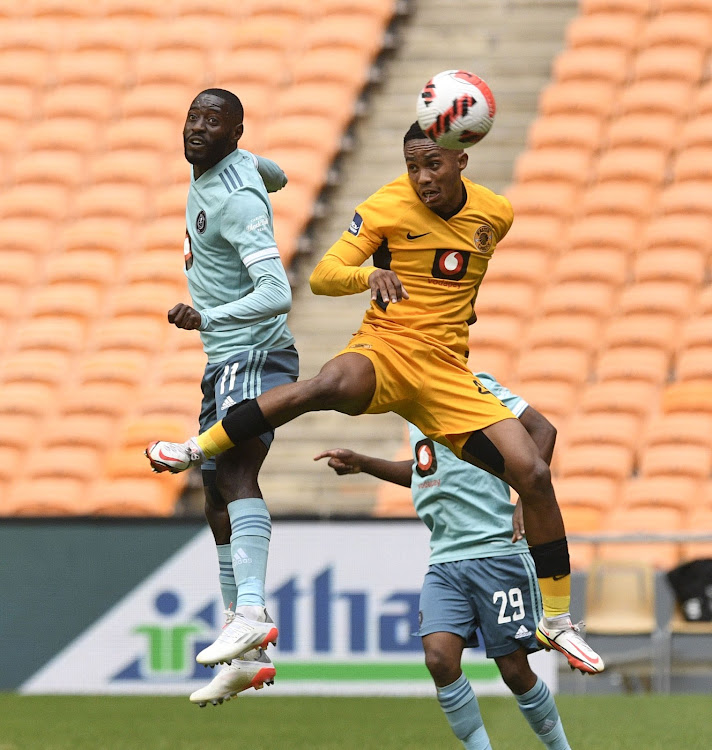 Kaizer Chiefs coach Stuart Baxter hailed his side’s resilience following their hard-fought 2-1 victory over Orlando Pirates in the Soweto derby at the FNB Stadium on Saturday.

A second-half brace by Keagan Dolly fired Chiefs to a second straight derby triumph over Pirates in league matches.

Baxter, who has now recorded four wins in the derby in 10 matches with five draws and a single loss, was pleased with the team’s staying power after Chiefs let in an equaliser three minutes from time through Linda Mntambo.

Chiefs then pushed hard and were awarded a penalty in injury time after Khama Billiat was pulled down by Pirates defender Olisa Ndah.

Baxter after Chiefs beat rivals Pirates: 'I have to say that it was deserved'

Perhaps it was not surprising that both sets of coaches claimed their teams had out-performed the other in Saturday’s DStv Premiership Soweto derby, ...
Sport
3 weeks ago

“I think we opened the game very well,” Baxter said.

“Our passing was good, and, finding the right spaces we spoke about in the prematch and the first 15 minutes, I thought it was good

“Then we became passive in our press and counter-press, which allowed Pirates to play balls forward and they timed their movement a little bit better.

“It didn’t hurt us badly, but it was threatening to hurt us and we said at halftime that if they are going to hurt us, that’s how it is going to be.

“I was wondering if this is going to be one of those games where I say we thought we did well, but we missed chances.

“We gave away what I thought was a poor goal and messed up in other areas.

“But the lads came back and they pushed on hard on a critical face, and we got ourselves a penalty and won the game, which I think we deserved.”

Two players stood out for Baxter in Njabulo Blom and Sbusiso Mabiliso.

Kaizer Chiefs put in a gritty performance to edge play and the scoreline, appeared to throw victory away, then profited from a late penalty to snatch ...
Sport
3 weeks ago

Baxter conceded that Blom did not have the best of the first half, but improved in the second stanza.

“It isn’t just about him having a good game, it’s about the inspiration he gives to others who have been where he’s been playing,” Baxter said.

“He comes back after the poorest first half and he’s excellent in the second half.

“With no disrespect to any of the other players in our team, I think he’s one player who’s got a big game in him, but he could step up, and he’s got the ingredients to step up and play at a very high level.

“And, yeah, I think [for] the national team, we’re going to get a lot of good services from him as you move down the years.”

Pirates co-coach Fadlu Davids gave the impression poor officiating was the major reason for their defeat, revealing even his Amakhosi counterpart Baxter had sympathised with them.

Two crucial mistakes by Orlando Pirates central defenders Thulani Hlatshwayo and Olisa Ndah in the second half against their Soweto rivals Kaizer ...
Sport
3 weeks ago

Davids is of the view referee Victor Hlungwani should have also awarded them a penalty.

“That tells you the story.

What happened is a really unfortunate situation,’’ Davids said after the game.

“Total dominance from start to finish, that’s number one, but you have to be able to score the goals.

“I am disappointed not to get the result in the end.

“Even when we got the equaliser, we were the only team going for the winner.”

Baxter dismissed Davids’s claim that he had apologised.

“Let me clear [up] what I had to say to Fadlu after the game, because I went to him and I said: ‘Yeah, these refereeing decisions can go both ways et cetera, et cetera ... they [referee decisions] are nondescript.

“So there was not apologising for anything.

“It’s not in my nature to apologise for winning,” Baxter said. — Additional reporting by Sihle Ndebele