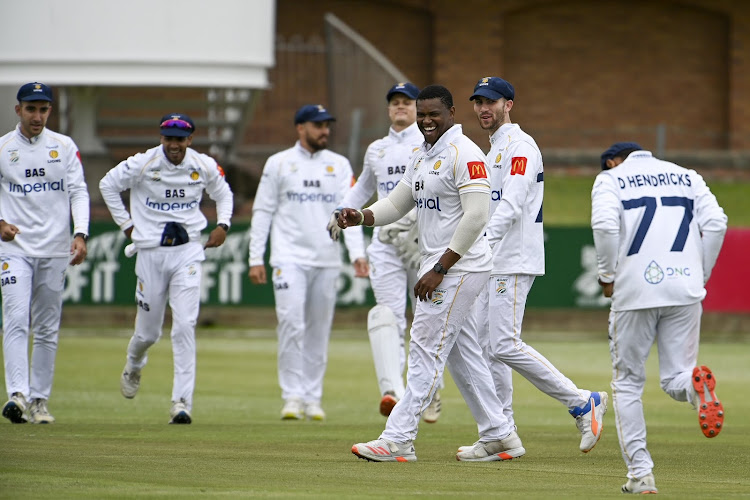 Fast bowler Sisanda Magala helped himself to an impressive return of six for 30 as the Imperial Lions sealed an emphatic innings and 20-run win over the Gbets Warriors in the second round of the Cricket SA (CSA) Four-Day Domestic Series in Gqeberha on Sunday.

The clash is one of seven enthralling matches taking place from November 5 to 8 across Division One and Two of CSA’s top-tier longer format competition, with all the games streamed live on SuperSport’s YouTube channel.

The Warriors began the day in deep trouble on 41/7 and 33 runs behind in the second innings after an action-packed day two.

Magala added two wickets to his overnight figures of 4-17 to help the Lions wrap up the result and complete a second consecutive innings victory to start the season.

A lethal display of pace bowling by Imperial Lions seamer Lutho Sipamla resulted in a monumental batting collapse as the Gbets Warriors were ...
Sport
4 weeks ago

In the Western Cape derby, the match is evenly poised between the GbetsRocks and Six Gun Grill Western Province after province ended their first innings response on 440 on day three, with Shaun von Berg (5-119) taking a five-wicket haul after Tony de Zorzi (129) scored a top order century.

Trailing by 173 runs at the start of their second innings, the Rocks’ opening batters, Isma-eel Gafieldien (60*) and Pieter Malan (41*) chipped away at that deficit with a rearguard century opening stand to take the home side to 106 for no loss at close of play, now 71 runs behind.

Another game that concluded a day early was the clash in Potchefstroom between the North West Dragons and the ITEC Knights, with the Knights claiming an imposing 10-wicket victory.

After enforcing a follow-on on the Dragons, the Bloemfontein-based side restricted their opponents to 197 all out, with Gerald Coetzee (4-47) leading the attack to set up a straightforward chase for his batters, with 17 runs required for victory before the openers sealed the win after just 2.2 overs.

Coming into the match as the leading run scorers in the tournament, Qeshile’s men will be looking to claim one of the final four spots in the ...
Sport
1 month ago

At SuperSport Park in Centurion, the Hollywoodbets Dolphins bettered their opponents' first innings score by nine runs when they posted 433 all out on day three of their high-profile encounter.

Sarel Erwee (163) continued his form at the crease, adding 60 runs to his overnight score, while all-rounder Jason Smith (59) contributed with a half-century.

Simon Harmer claimed standout figures of 4-106 for the Titans.

The final day of the round two matches take place on Monday.