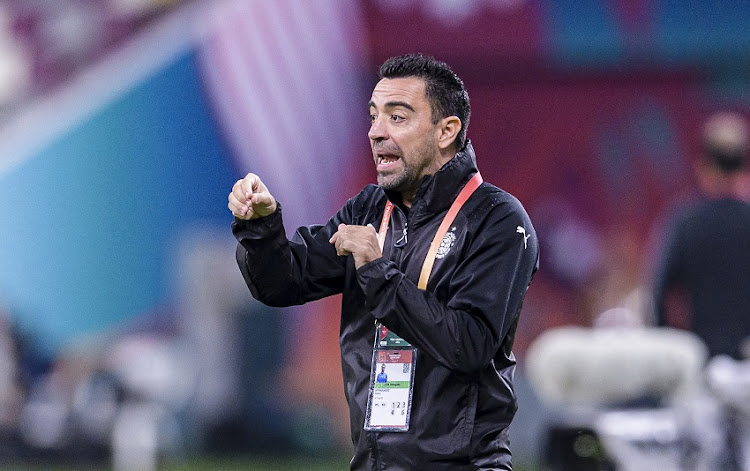 Xavi Hernandez has signed a contract that will keep him at Camp Nou until 2024.
Image: Marcio Machado/Eurasia Sport Images/Getty Images

Barcelona presented Xavi Hernandez as their new head coach in front of thousands of fans at the Camp Nou on Monday.

The 41-year-old Barca great signed his contract, which runs until 2024, on the pitch alongside club president Joan Laporta.

"It's a historical day for Barcelona. Welcome, Xavi," an emotional Laporta told the supporters during the ceremony where the ex-midfielder was accompanied by his family.

❝We are at Barça. Let me repeat it again — we cannot draw or lose games.❞

"Thank you all. I don't want to get emotional but I am, I feel goosebumps," Xavi told the fans.

"This is the biggest club in the world and I'm going to work hard to reach your expectations.

"Barcelona can't accept a draw or a defeat. We have to win all the games."

❝I have a friendship with Leo ... He wrote to me and wished me lots of luck.❞

He will replace the sacked Ronald Koeman.

"We need to take charge, have the ball, create opportunities, be intense. We have a mission to rescue many things that were lost," Xavi said.

Real Madrid beat Barcelona 2-1 in the first Clasico of the season in front of 86,422 fans at the Camp Nou on Sunday after a sensational strike from ...
Sport
1 month ago