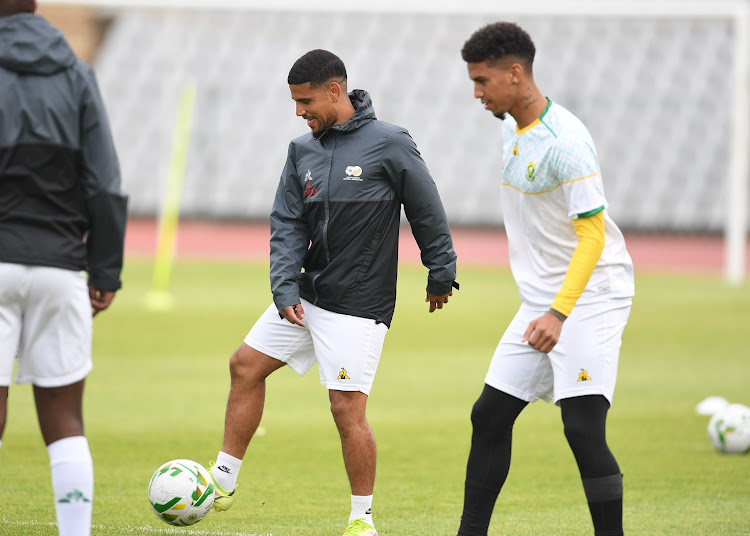 Bafana Bafana may not qualify for the 2022 World Cup and, then again, if they progress through the group stages to the final playoff round a young team with soaring confidence also just may — no matter who they come up against.

But there's  a long way to go to that stage, and right now Bafana and the coach rapidly winning the hearts of SA fans, Hugo Broos, will focus on trying for a win against Zimbabwe at FNB Stadium on Thursday night in the penultimate Qatar 2022 Group G game.

If SA do pull off the remarkable by maintaining their current lead (10 points) in Group G in their final two games against Zimbabwe and second-placed Ghana (nine points) in Cape Coast on Sunday, that alone would be an achievement.

Broos has omitted big-name stars and picked youngsters to a level that even the adventurous ex-SA coach Ephraim “Shakes” Mashaba never managed, building towards the 2023 Africa Cup of Nations given SA did not qualify for 2021.

The energy and hunger of the combination has seen them undefeated, after their opening draw against Zimbabwe in Harare with wins at home to Ghana and twice against Ethiopia. A World Cup qualification would be the dream first prize. Reaching the playoff round can be a confidence boost enough for Ivory Coast 2023.

“You know you can say what you want as a coach but if the players don't take it it's no use,” Broos said, asked about the apparent rapid understanding established with his young players having only taken charge of Bafana matches in September.

“From the beginning I had the feeling that the players wanted to go with me in the direction that I selected. The first match against Zimbabwe was very hesitant, because nobody knew — I didn't know either before the game — what to expect.

“But after that game we talked and then you saw the game against Ghana, and that gave us a boost of confidence. And now when I see those players coming together, even when they are new players, it's really a team.

“The way they treat each other and go on with each other, and the atmosphere in the team is very positive. And I know that they believe now really that we can be in the next round.

“So the confidence is there, and that is very important, even when we have difficult games. And as a coach when you see that then you feel that it can happen.

Bafana Bafana have to beat Zimbabwe on Thursday so that they can go to Cape Coast maximising the pressure on Ghana in Sunday's final group stage 2022 ...
Sport
2 weeks ago

“But again, it's a football game, and anything can happen. But I'm confident that we can reach the next round. And I said it already three months ago that we will do everything to qualify, but if it doesn't happen we have to be disappointed, but it's not a disaster.

“Because this team has only existed for three months. So we did a very good job until now, and I really hope that we have the compensation for that good work and we will be in the next round.”

Broos needs to ensure his young Bafana — imperfect winners through mostly grit, combined with glimpses of talent, in the previous games where they were still largely group outsiders — keep their feet on the ground as group leaders against Zimbabwe.

With just a point, and out of the running for Qatar, Warriors caretaker-coach Norman Mapeza has also left out frontline players to build for the 2021 Nations Cup, which Zimbabwe did qualify for. Both coach and players will be auditioning for places at Cameroon 2021 in January, so Bafana will need to have their wits about them.